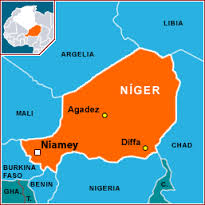 The Catholic Church in Niger is abandoning some parishes and missions due to terrorist actions by different extremist groups. religious claims, supported by beliefs. Rádio Moçambique interviewed a priest, who coincidentally is Mozambican, born in the province of Zambézia, and has been in that country since 2015. His name is Padre Tomás and he said that the pastoral care of the Catholic Church is limited in the country due to the violent action of different extremist groups. “Our pastoral care is limited in the city of Niamey”, he said. Father Tomas made it known that less than a hundred kilometers from the city of Niamey, the capital of Niger, a parish had to be closed due to extremist action. memoirs where a Christian was murdered by suspected extremists. (RM Niamey)Source:Rádio Moçambique Online