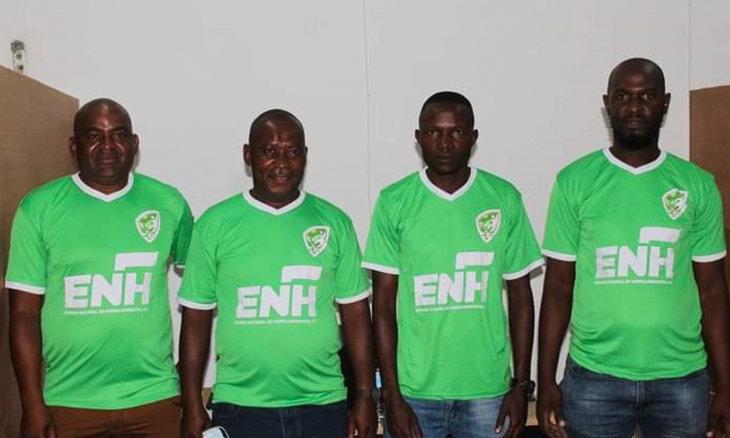 The Vilankulo Sports Association (ADV) has reached an agreement to renew the contract with coach Eurico da Conceição, for another season. Eurico da Conceição took over the technical command of the “hydrocarbons” midway through the season last year, replacing Víctor Mayamba, who was now sacked due to poor results. the objectives set in the current football season, which include occupying important positions in Moçambola.Eurico da Conceição will be assisted in his duties by the young coach António Uamba, who knows the house, by the way, Artur Romão as physical trainer and Rodrigo Gulube, who will be goalkeeper coach. This Thursday, the ADV technical team had a courtesy meeting with the president of the club, Quirino Gulube, and also counted on the presence of the Sports Councilor in the Municipal Council of the City of Vilankulo, Mariana Saúte On the occasion, the president of “hydrocarbons” challenged the technical team to fight for the top places in Moçambola. The Vilankulo Sports Association, which ended the 2021 season in sixth position with 38 points in the league table, will open its “workshops” this Monday. of weight, with a view to playing on an equal footing with their opponents, after losing players who were decisive last season.Source:O País