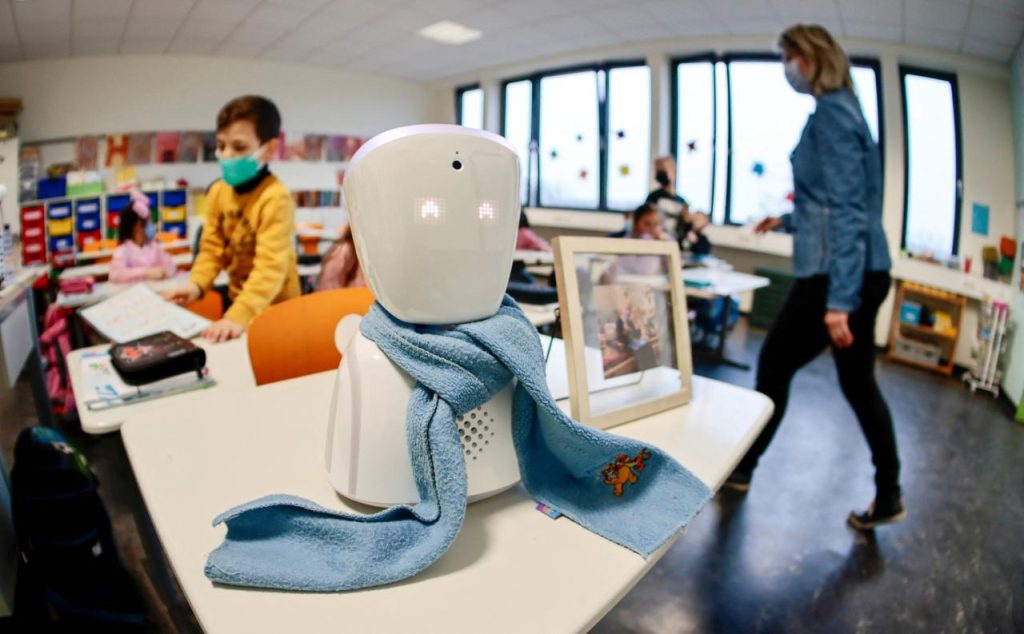 Device has camera, microphone and speaker to allow interaction between students. Robot is used in the classroom to “replace” student who got sick A school in Germany has adopted a robot for students who are sick to keep up with classes at home. The device is placed on a table and transmits in real time what is being taught. Share this news on WhatsApp Share this news on Telegram The robot has a camera and microphone to capture the content of the class, while what is said by the student at home is reproduced through a loudspeaker. One of the beneficiaries of the initiative is Joshua Martinangeli, a 7-year-old student at the Pusteblume-Grundschule school in Berlin. His mother, Simone Martinangeli, explained to Reuters that he was unable to attend classes because he had a tracheostomy. From his home, Joshua follows classes through a tablet, where he can chat with his teacher and classmates. In the application installed on the device, it is also possible to move the robot’s camera to see other things in the classroom. CES 2022: robot waiters and color-changing cars are new at the Ameca technology fair, a humanoid robot that impresses with its expressions, ‘conversation’ with the public The device is financed by the local council of the Marzahn-Hellersdorf district of Berlin . The agency has purchased four robots for schools in the region and plans to discuss purchasing more devices at the state level. “The impetus was Covid-19, but I think that will be the future far beyond the pandemic” said District Education Councilor Torsten Kuehne “Once in a while, for various reasons, a child cannot go to class personally. So the avatar can give that child a chance to continue to be a part of the school community,” explained Kuehne. Robot is used in classroom to “replace” student who got sick Reuters/Hannibal Hanschke Globo Tecnologia