Sister of Angela Leão heard today by the Court 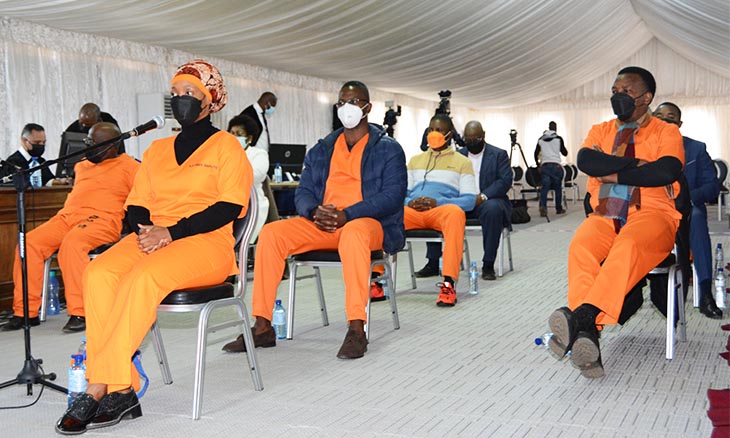 For the fifth week, six more defendants will be heard involved in this case of hidden debts. They are Mbanda Anabela Henning, Khessaujee Pulchand, Simione Mahumane, Naimo Quimbine, Zulficar Ali Esmail Ahmed and Crimildo Manjate. All accused of the same legal types of crimes and involved in the same scheme. Association for Offending, Confidence Abuse and Money Laundering. These are the crimes that weigh on each of the 4 defendants to be heard this week. And it is not by chance that they were involved in the same scheme supposedly designed to launder the nearly 9 million dollars received by Gregório Leão, former Director General of SISE, who would have been at the forefront in the creation of the Proindicus projects, EMATUM and MAM, would also have made it possible to obtain the respective financing through the request of State Guarantees. And the first defendant to be heard should be Mbanda Anabela Henning, sister of co-defendant Ângela Leão. money from the Leão family. For this, he was in charge of the construction of 14 properties, through his real estate company, HIGHT. The value for the construction of these houses, in the Costa do Sol area, had a financing of 33 thousand dollars. In the end, according to the indictment, Mbanda received, for herself, 12,865,000 Meticais. As of this Monday, she will join the other defendants to, like them, give her version of the facts. In any case, her sister, who was heard last week, had already asked her and the others for forgiveness for having brought them into a problem whose root she does not know. million meticais, Naimo Quimbine, 5.6 million and Simione Mahumane who had 872,000 meticais. These three received the value of M Moçambique Construções by Fabião Mabunda, also heard last week. Another defendant who should give his version this week is Crimildo Manjate, 41 years old. This defendant will have sold, to the Leão family, a dependency in the Jonasse neighborhood, in the amount of 3.7 million meticais. And because, according to the prosecution, he knew that the amount had an illicit origin, he then decided to use his brother’s account, identified as Naldo Manjate. On the last day of the week, together with Crimildo Manjate, Zulfair Ali Esmail will be heard Ahmed. About this, the prosecution says that he received, from the Privinvest Group, 100 thousand dollars, without having provided a single service to the business association. To divert attention, he made several surveys for himself and his wife. He told the bank that they were values ​​he wanted to use in travel and tourism. If this week’s calendar is met and the six defendants are heard, only two defendants will be left: António Carlos do Rosário, former CEO of the companies ProIndicus, MAM and EMATUM, and also Gregório Leão, former Director General of SISE.Source:O País