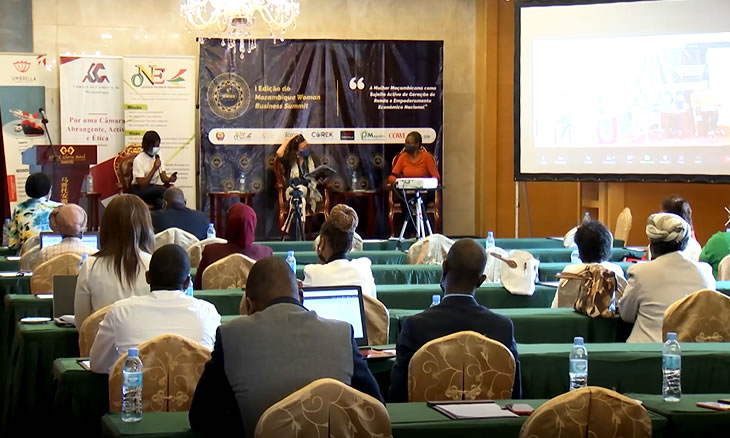 Maputo City hosted, this Thursday, the first edition of the Business Summit for Women, with around 150 participants, whose objective is to create, promote and publicize new opportunities for national entrepreneurs.Mozambique it has made significant progress in adopting and implementing policies and legislation that protect and promote women, according to the deputy national director of Gender, Sansão Buque, who spoke at the opening of the first edition of the “Mozambique Woman Business Summit”, in representation of from the Minister of Gender, Children and Social Action. Meanwhile, Buque said that obstacles persist that impede gender empowerment. “We know that we need in-depth work to remove these sociocultural practices and these stereotypes that exist in our society, which even inhibit women’s own development and their participation in the economy.”At the event, emerging women entrepreneurs seek to share experiences and opportunities to leverage other women, according to Júlia Machel, vice president of ONE, the entity responsible for organizing the ceremony. “This event brings the role and place of women in society, as they can develop the Mozambican economy. Therefore, In this event of the Mozambique Woman Business Summit, in its first edition, we bring various forms, such as the exhibition on what women are capable of doing.” Opportunities in the agrarian sector and its value chain are the most highlighted themes of this summit .Source: O País