US launches drone attack in Kabul 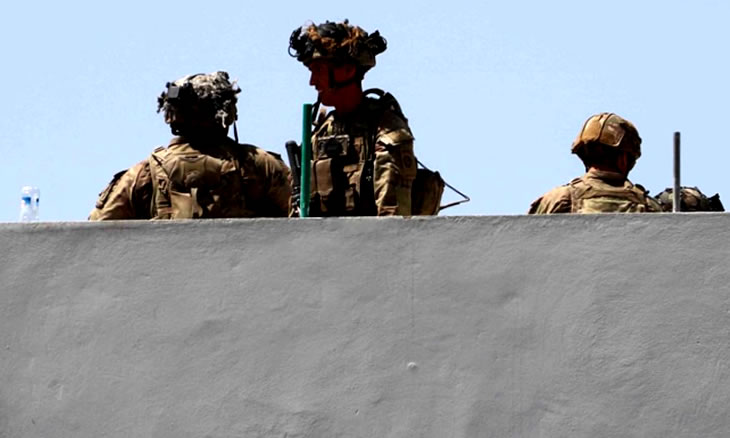 The United States of America (USA) yesterday carried out a drone attack on a vehicle allegedly carrying explosives by the Islamic State in the Afghan capital, Kabul.Segundo writes o Minute News, citing a US military source, there were no casualties in the attack that targeted an Islamic State vehicle suspected of having a bomb to be set off at the capital’s airport, where thousands of people continue to try to flee the country. “Military forces carried out an unmanned self-defense air strike on a vehicle in Kabul, eliminating an imminent Islamic State threat to Hamid Karzai International Airport,” clarified Capt. Bill Urban, spokesman for US Central Command, quoted by Notícias ao Minuto. The military source also revealed that, after the US attack, there was a second explosion, which proves that the vehicle had explosive material inside. According to a first official assessment, no civilians were killed following the attack. “We are confident that we have successfully hit the target. We are looking into the possibility of civilian casualties, but so far we do not have any indication of that. We remain alert to possible threats,” said the official. Due to the increasingly tense situation in Kabul, the foreign ministers of various countries are meeting this Monday by videoconference to discuss the next steps in the Afghanistan.According to a statement released on Sunday, cited by Notícias ao Minuto, the participants at the meeting will discuss a concerted approach for the coming days and weeks. The talks will include representatives from France, Canada, Germany, Italy, Japan, United Kingdom United, Turkey, Qatar, European Union and NATO. Still this Monday, a meeting of the permanent members of the Security Council of the United Nations is scheduled on the situation in Source:O País