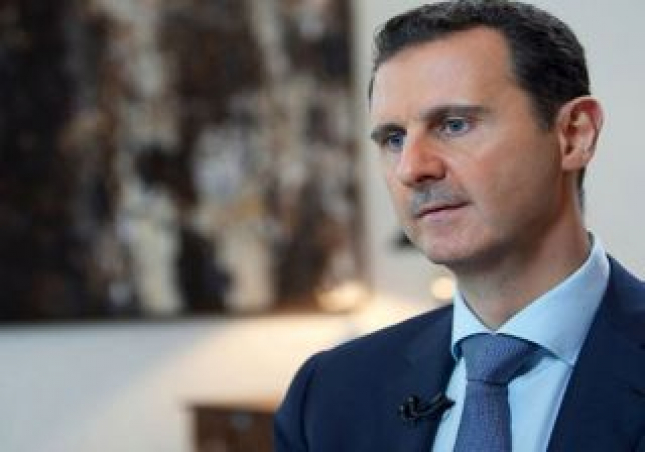 Syrian President Bachar al-Assad was re-elected this Thursday, as expected, for a fourth term, in a ballot held in government-controlled regions in a developing country. situation of economic slump and devastated by a decade of war.During an evening press conference, the speaker of the parliament, Hammoud Sabbagha, announced that Al-Assad had been re-elected with 95.1 percent of the votes. 2 million people, out of a theoretical universe of 18.1 million, which gives a participation rate of 76.64 percent. Also participating in the elections were former minister and deputy Abdallah Salloum Abdallah and a member of the opposition tolerated by the regime, Mahmoud Marei, who registered 1.5 percent and 3.3 percent of votes respectively. Installed in office in 2020, succeeding his father, Hafez, who died after 30 years of unchallenged power, Al-Assad criticized Westerners on Wednesday , with Washington and Brussels considering that the election had not been free. In Damascus, thousands of Bachar al-Assad supporters demonstrated, waving Syrian flags and photographs of the re-elected, shouting ‘slogans’ in his honor and dancing. This was the second presidential election since the start, in 2011, of a devastating war, involving several belligerents and foreign powers. Born out of the repression of pro-democracy protesters, the conflict has already caused more than 388,000 deaths. In the country with its infrastructure in ruins, Bachar al-Assad presented himself as the man of reconstruction, after adding military victories since 2015, thanks to the support of its allies, the Russian Federation and Iran, regaining control over two thirds of the territory.The autonomous Kurdish regions of the Northeast ignored the scrutiny, as did the great opposition stronghold of Idlib, in the Northwest, which has about three million inhabitants.Washington and several European powers had already condemned the scrutiny on the eve of its realization, considering that it was not going to be “neither free nor fair”. The opposition spoke of “staging “. Al-Assad replied: “Your opinions are worthless “. (RM /NMInuto) Source:Rádio Moçambique Online