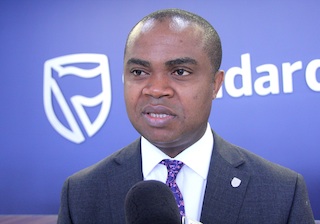 The Bank of Mozambique announced last Friday that Standard Bank Moçambique, SA is authorized to carry out foreign exchange conversion activities with its clients , with effect from this Monday, July 26th, 2021. However, still with some limitation. According to the Central Bank, the authorization for the sale of foreign exchange arises from the fact that that banking institution is fully complying (until last Friday) with the actions planned for the short term, following the implementation of the action plan agreed with the shareholders of Standard Bank Moçambique, with a view to correcting the identified irregularities. However, the regulator of the national financial system emphasizes, in a statement, that despite this authorization, Standard Bank is still prevented from participating in the Interbank Foreign Exchange Market. “Due to this impediment, Standard Bank Moçambique will not be able to quote exchange rates, and for the purposes of transactions in foreign currency with the public, it must use the reference exchange rate published by the Bank of Mozambique, which results from the quotations of the commercial banks participating in the Interbank Foreign Exchange Market”, reads the statement. The Bank of Mozambique also informs that, through the resident inspector, it continues to monitor the activities of Standard Bank Moçambique, and reiterates that all its operations and those of the banking system, in general, are proceeding as normal, and thanks for prompt collaboration of shareholders. On its turn, Standard Bank also issued a statement, last Friday, informing “the lifting of the suspension of the exchange activity of currency conversion, which was applied to it by the Bank of Mozambique”. In the same note, Standard Bank informs that it will continue to make every effort with the Central Bank to fully re-establish the functioning of its operations in the foreign exchange market. Standard Bank was suspended from carrying out all activities involving the conversion of foreign currency in the foreign exchange market, last June 30, following the findings made during the ongoing on-site inspection by the Bank of Mozambique. These are irregularities such as the manipulation of the exchange rate, installation and implementation of an illegal payment network based outside the country, perpetrated by senior or senior employees of Standard Bank, as well as the failure to regularize the terms of commitment for exports by Standard Bank to the Bank of Mozambique. These misdemeanors led to pecuniary sanctions against two senior managers of Standard Bank and the aforementioned suspension was lifted. (Letter) Source: Mozambican Letter