Seven million children will be vaccinated against polio in the country 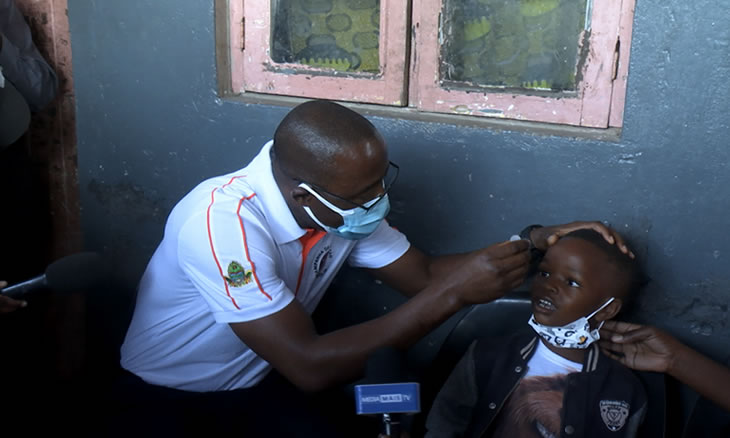 About seven million children under the age of five will be vaccinated against polio, across the country, from July 7th to 10th. Seven million dollars were invested in the process. Yesterday, the Ministry of Health launched the third round of vaccination against polio, which will take place from the 7th to the 10th of July. can reach the bloodstream and, in some cases, affect the central nervous system, causing paralysis of the limbs, motor changes and leading to death. Speaking at the launch of the campaign, the Minister of Health, Armindo Tiago, informed that about seven million children under five years of age.” This campaign on a national scale aims to ensure that all children in our country are immunized, following the detection, in Tete, of the most recent case of wild poliovirus, and the previous one discovered in neighboring Malawi”, revealed Armindo Tiago, having explained that “the registration of the wild form of the poliovirus is a concern, and is, in itself, a public health emergency that requires a response coordinated between different countries”. To achieve the goals, 65,000 health technicians were prepared, distributed throughout the country, including vaccinators, mobilizers, recorders, supervisors, coordinators, data typists, logistics, independent monitors and drivers.”We have a duty to increase the campaign successfully, so we would like to point out a great mobilization for the population to accept, without reservation, receiving our teams in their homes, or to go to the nearest health unit to get the vaccine”, appealed the Minister of Health. For the third round of vaccination against polio, around seven million dollars were made available by the Government and its cooperation partners. In Maputo City alone, more than 231,000 children will be vaccinated. “It is very important that all mothers, fathers and caregivers understand their responsibility and let children get the vaccine wherever they are”, said Vicente Joaquim, Secretary of State in the City of Maputo. , seven cases of non-wild poliomyelitis were detected in Nampula, Cabo Delgado and Manica provinces. The most recent case of acute poliomyelitis was detected on May 14, in Tete province.Source:O País