Salt producers to create a production, processing and marketing cooperative in Zambézia 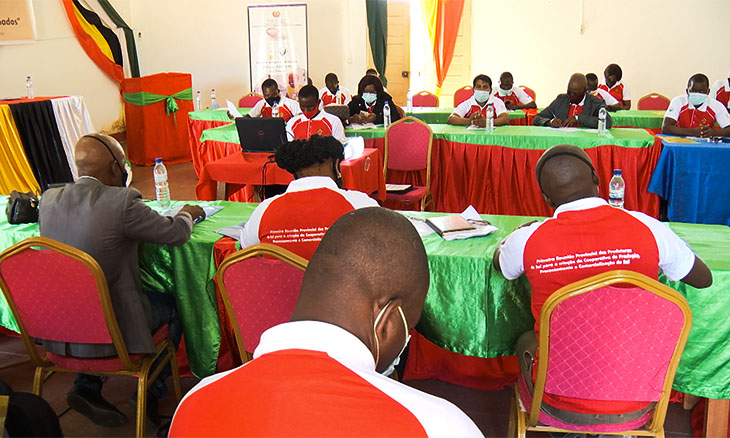 The salt producers from the province of Zambézia are at their first meeting in the district of Namacurra, for the creation of a production, processing and marketing cooperative. The meeting is organized by the Provincial Directorate of Industry and Commerce of Zambézia. The creation of the cooperative aims to bring all salt workers into associations, since more than 170 of the 200 existing in Zambézia are not yet associated. It is intended, in addition to the creation of the cooperative, to process the salt, iotize it and place it on the market in an organized manner. According to the provincial director of Industry and Commerce, Vera Godinho, the ultimate aim is to remove the commercialization of the salt. informal to formal sector, in the sense of creating a tax base to contribute revenue to the State coffers. According to him, it is estimated that annually, close to two thousand tons of salt are produced in Zambézia, but prices are practiced from non-standard form and without gains for the State.Luísa Pedro, a salt producer in the district of Pebane, informed that the lack of a cooperative creates a setback in production gains. “See that we are spending a lot of money to transport the salt, the gains are almost nil. I hope that, after the creation of our cooperative, we are more organized and with the support of the Government to reverse the current scenario.”To Arlindo Mendes, another As a salt producer based in Quelimane, associativism could bring gains in regulating the activity. “As is known, if we are more organized, together we can meet the needs that plague production, namely transport, ionization, financing, among other difficulties.” The meeting will last two days and end on Friday. The province of Zambézia has 192 salt workers, distributed in the districts of Inhassunge (133), Namacurra (24), Pebane (33) and the city of Quelimane with only two.Source:O País