Rodrigo Almeida celebrates with podium in the DTM Trophy 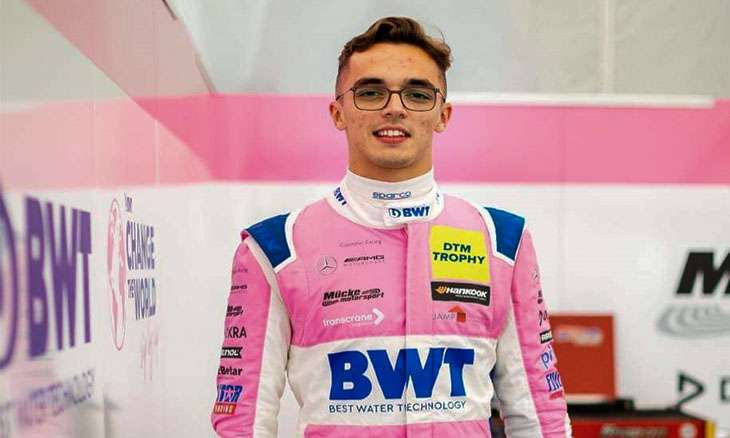 At the third event of the prestigious DTM trophy, in GT4, Mozambique took the podium. In other words, driver Rodrigo Almeida was simply phenomenal when he finished in 3rd position in the race held on Sunday, July 3rd, at the Norisring circuit, in Nuremberg, Germany. For Rodrigo Almeida, it is no longer just a dream. Driving the Mercedes AMG from BWT Mücke Motorsport,  Almeida made, in 29 laps, a time of 1: 605 24 55,069 tenths, in a race that had the participation of eighteen pilots with enormous potential. chicana, set to 2300 km (1429 mi), Rodrigo Almeida accelerated to the very first place. MW driver Louis Henkefend was pressured, who won the race with a time of 33:07.277, followed by Dutchman Colin Caresani, completed the race in 2nd place. In the final moments of the race, the quintet in front of Heinemann, Henkefend, Oeverhaus , Caresani and Almeida, compensated for the safety phases, providing spectators with fun positional fights. Temporarily, Heinemann, Henkefend and Oeverhaus moved away from their two rivals, but the intense battles of the superior trio allowed Caresani and Almeida to get closer to the favourites. in Imola, Italy, in which he finished in 9th place with 1:53,911 hundredths. In the current classification, Rodrigo Almeida occupies the 6th position, with 46 points, in a table led by the German Colin Caresani, with 99 points. Second place is occupied by Tiem Heinemann, with Toyota Gazoo Racing, with 98 points, followed by Theo Oeverhaus of Walkenhorst Motorsport, with 76.Source:O País