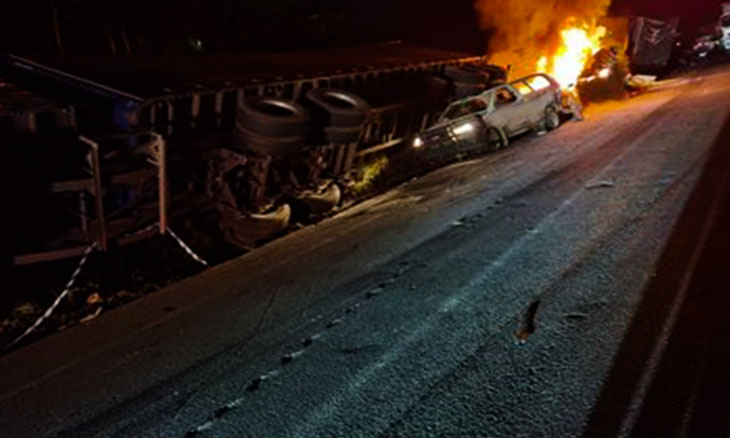 Dezaseis People lost their lives in the early hours of Saturday, in neighboring South Africa, as a result of a road accident that involved 10 vehicles, including a public transport of passengers that was crowded. The accident that killed 16 people occurred around 02:00 this Saturday, on the N3 between Peter Brown Drive and the Chatterton Road ramp in Pietermaritzburg, when the wheels of a truck supposedly came loose, causing it to overturn. , according to the SABC, another nine vehicles were dragged away, of which a truck, a van, two public transports and five other vehicles. occurred on only one of the crowded public transports.Although advanced information indicates that the bus was leaving Johannesburg for Harding, authorities say they are still investigating.Source:O Pa is