Renamo fighters will have lifelong pensions from January 2022 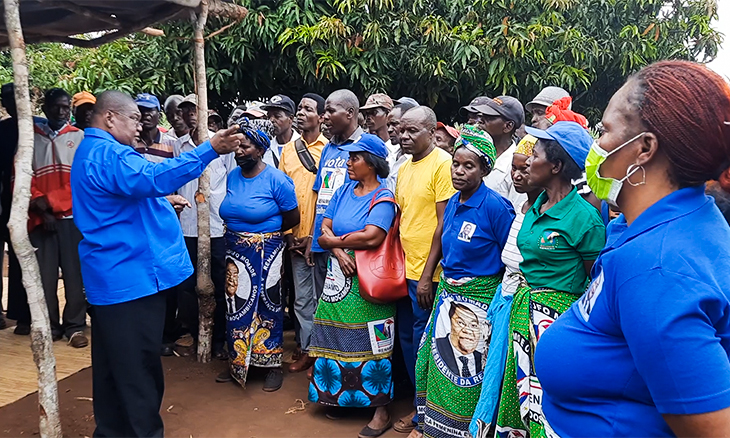 At the beginning of last August, around one thousand Renamo guerrillas, demobilized under the Demilitarization, Demobilization and Reintegration process, ie DDR, denounced in the district of Dondo in Sofala who had been without their subsidies for about six months. When the said combatants were demobilized during the second half of last year, a monthly subsidy was fixed according to the level of each one, which would last a year, during which period the Government should deal with the pension process, so that, after the end of one-year subsidies, supported by the United Nations (UN), they would automatically start receiving lifelong state pensions. But they received only subsidies for six months. About 10 days ago, the Government and the UN guaranteed that the subsidies will be paid and the president of Renamo, Ossufo Momade, who last week was working in Sofala, also assured the demobilized that, “Subsidies will soon be paid and your lifetime pensions will start to be paid from January 2022.” residence in that region after the 16-year war. On the occasion, Ossufo Momade took the opportunity to urge Renamo guerrillas demobilized under the General Peace Agreement (AGP) who do not yet have pensions, to regularize their processes. “Don’t be afraid to approach the social organs of the party at both the district and provincial levels. Regularize your pensions and make rational use of your allowances. wives or alcoholic beverages. Look for income-generating activities to ensure your sustainability and that of your families,” said Momade. Poverty rates are very high in Macorococho, a fact that led Ossufo Momade to guarantee the local community, during a rally, that he will hold meetings with national and foreign investors in order to mobilize investments for this region.The rally ended with the public presentation of Geraldo Carvalho, as regional head of the party’s implantation in the central zone.It should be noted that Carvalho embraced Renamo in the 1980s. helped found the MDM, which he abandoned in 2017 and returned to the main opposition party in the country. Ossufo Momade worked in Sofala throughout the past week with the aim of revitalizing the bases of his party. Source:O País