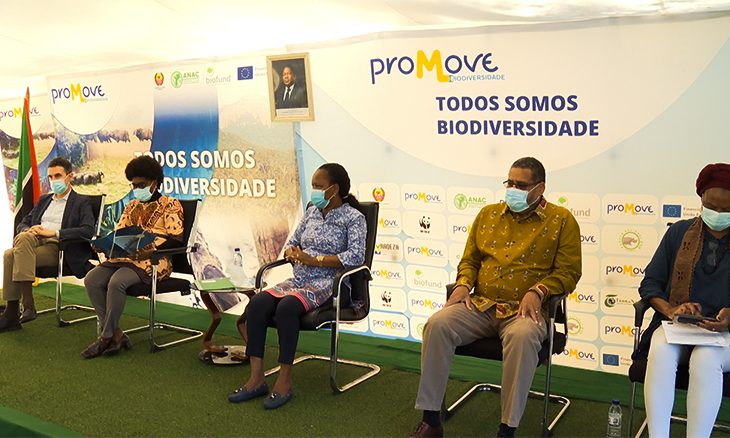 This is an initiative financed by the European Union, in the order of 13 million euros and runs until 2024. The initiative marks a new era for the beginning of the promotion of biodiversity in conservation areas from the provinces of Nampula and Zambézia.The Mozambican government signed a convention with the European Union in the order of 13 million euros in 2019, to finance the aforementioned program to promote biodiversity, launched by the Minister of Land and Environment, Ivete Maibaze, under the motto “We are all Biodiversity”. On the occasion, he made it known that the program is integrated, with a focus on biodiversity, as it aims to boost conservation agriculture, nature-based tourism, in the buffer zones of Zambézia and Nampula, covered by this project. “The integrated rural development program aims to reduce poverty and promote sustainable growth, combating the vulnerability of communities in the area covered by the initiative, as consequence of changes in the natural environment and climate” said the official. The ambassador of the European Union in Mozambique defended, on the occasion, that it is possible to eradicate poaching and environmental devastation, in order to ensure the promotion of biodiversity, as a base for survival of humanity.António Sánchez-Benedito Gaspar informed, during the launch of the program, that the destruction of nature is advancing at devastating levels and recalled  that 60 percent of wild animals have reduced globally, affecting biodiversity.Já Miracle Nuvunga, PCA from Biofund, stated that the organization has already disbursed more than eight million dollars for conservation areas in the country. A subsidy agreement, worth 10.2 million euros to strengthen the promotion of biodiversity, was signed last year. The Zambezia government, including Governor Pio Matos and the Secretary of State, Judite Mussácula, are unanimous in stating that the program promotes biodiversity and should give advantages to local communities.Source:O País