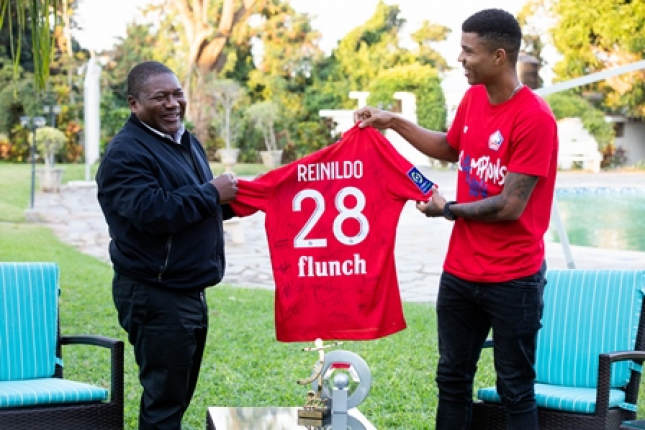 in audience The President of the Republic, Filipe Nhusi, received this Wednesday the Mozambican international, Reinildo Mandava, who was crowned French football champion by the Lille team. Filipe Nyhussi, praised the performance of the Mozambican player, elected best left back of the French Football League, having helped the team to win the fifth title in the sport. The Mozambican statesman considered the achievements that have emerged in recent years a great success and praised the Reinildo Mandava’s work. On the other hand, Reinildo commanded, thanked and remembered that the trophy obtained is the result of a lot of work. Lille, who had won in 1945/46, 1953/54 and 2010/11, is now four times champion. Lille finished the French league with 83 points, one ahead of PSG and with just three defeats in the entire tournament. (RM) Source: Rádio Moçambique Online