Poison of the Mambas in production for the Bafana Bafana 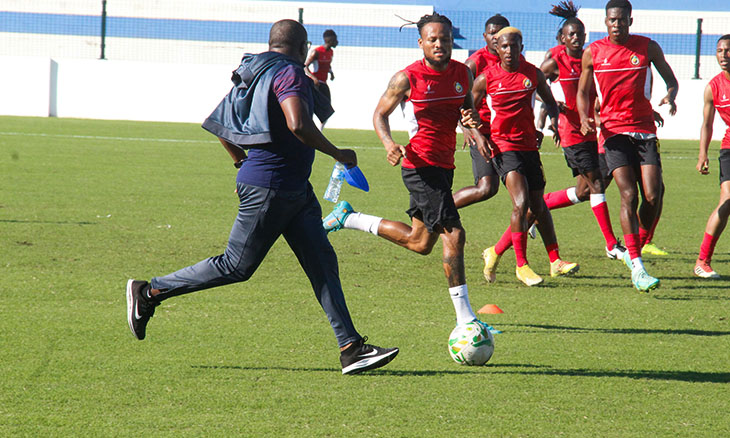 The Mambas started today the preparation work for the Cosafa tournament. The technical team had all the players called up for the regional competition. A full-throttle start for the Mambas, heading for the clash with South Africa, next week. Relaxing atmosphere, with some “dose” of intensity to fine-tune the structure and “boil” the poison as soon as possible. That’s why the 23 players called up by the national coach, Chiquinho Conde, were present in the adjacent field of Costa do Sol. At the last minute, a substitution: the entry of Dário Melo, a player from the União Desportiva de Songo, to replace the injured Kito. Chiquinho Conde had already warned that the player could leave the Ferroviário de Maputo if the Mambas’ medical team, which curiously is almost the same as the “locomotives” in the capital, confirmed the injury and the lack of timely recovery. motivated and ready to face the powerful team from South Africa, which is hosting the competition. Edmilson Dove, who could be the captain of the Mambas in this competition, gave the guarantee of motivation in the first training session. “The training day was peaceful, with all the staff motivated.” Motivation and good mood are accompanied by compliance with the guidelines of the technical team, so that nothing fails. “We are fulfilling everything Mister wants for Cosafa, as well as for qualifying for CHAN and I believe that all the staff is motivated and with the same ambition and objective, which is to arrive in South Africa and have a good campaign, and then wait for the game with Zambia, in Zimpeto”, said the player from the União Desportiva de Songo, who represents the Mambas. , therefore, the first session served more to “try to get to know us” and “to work so that we arrive at Cosafa and make a good campaign”.And the most important thing, for the Mambas player, is that “on the 13th , let’s get a good result, which means winning.” The players assume that it won’t be easy to pass the two known opponents, namely South Africa, to Cosafa, and Zambia, to CHAN, but they already know the secret to success , according to Yude, a player from Ferroviário de Maputo. edo will be “to get into the coach’s philosophy and give the maximum”. These condiments will allow us to “achieve our goals, which are to win all the games that lie ahead”. Bafana for the quarter-finals of the Cosafa tournament.Source:O País