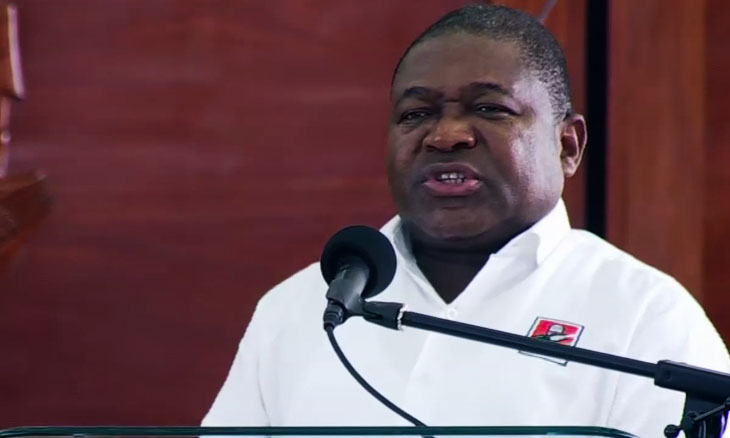 The Frelimo President recognizes that fighting terrorism is still a big challenge, and the country continues to fight to put an end to the phenomenon without underestimating the enemy or a triumphalist spirit. Filipe Nyusi was speaking today at the opening of the 5th Ordinary Session of the Central Committee of the party. The Frelimo party is meeting at the fifth Ordinary Session of the Central Committee, which takes place in Matola, Maputo Province. gave the opening speech, highlighting the steps that the party should take until the tenth congress, in September of this year. However, in addition to looking at the internal life of the party, the fifth ordinary session of the Frelimo Central Committee could the country’s radiography, and Filipe Nyusi spoke of some gains made in the fight against terrorism. our Government continues to make efforts, with a view to expanding its national defense capacity and investments for economic and social development”, said Nyusi. The party in power also spoke of the progress achieved in the Disarmament, Demobilization and Reintegration (DRR) process of Renamo men.”To date, 12 of the 16 Renamo bases have been completely closed, with activities having been carried out in a total of 13 bases, including a main base in Gorongosa, Sofala province”, explained Nyusi, before adding that 281 members of the partridge were demobilized. gas in the Rovuma basin has not been reduced. Nyusi demands that Frelimo bodies follow the points discussed at their meetings, to strengthen the party’s internal cohesion. Source:O País