Not satisfied with the new hours, restaurants fire workers 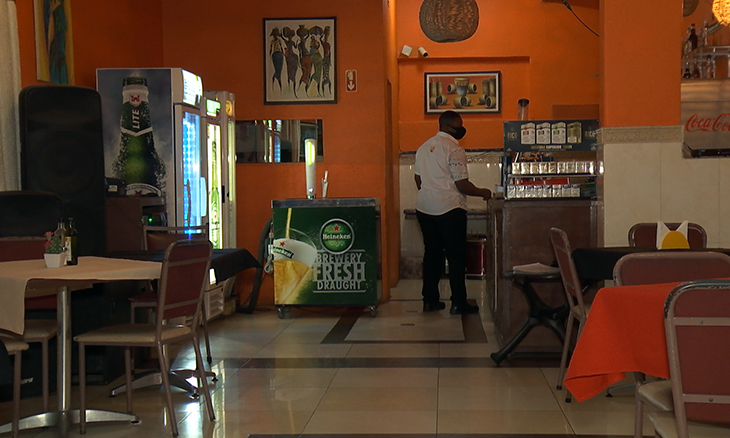 The catering agents do not agree with the new opening hours that came into force on Saturday in the prevention scope of COVID-19. Open from 6 am to 6 pm, some restaurants in the city of Maputo are suspending workers’ contracts. The new restrictive measures for prevention by COVID-19, announced last Thursday by the President of the Republic, Filipe Nyusi, are relatively strict and it was to be expected, judging by the growing number of cases of infection by the disease in the country’s capital and elsewhere. With the new government decree, restaurants close precisely at the peak of the clientele, which is why catering agents do not conform to the new schedule. The fear of closing their doors is even greater. Due to the situation, those responsible for restaurants are waiting for a drop in revenue, even because, to the dismay of some workers, the bosses began to suspend their contracts. “In less than 24 hours, we found out that some colleagues had already been dismissed. As you can see, the customers are very few and the consequence of this is what happened to the others”, said Nélio Manuel, head of the room at a restaurant in Maputo. And no wonder! In the country’s capital, the movement of customers in restaurants is weak and this was already happening when there were a few hours before the new measures came into force. In a round of restaurant establishments, “O País” came across a situation that it could be normal, but it isn’t, just thinking that the support of family heads comes from there. “We don’t know how long we will be able to cope with the situation and, the way the measures were added, the situation is even worse”, he complained. if Lino Machava, manager of a restaurant in the capital. The new schedule is not good. Now we have to close just when we could be serving dinner,” lamented Ilma Figueiredo. It’s not and it won’t be easy. try to be resilient. “At this moment, what we can do is to try to be strict with the fulfillment of the measures and also to reinvent ourselves, as providing delivery services”, suggests Nélio Manuel. Empty tables and seats, with the shy presence of customers, is At least this scenario could characterize many restaurants in the Mozambican capital during the 30 days of the new decree. However, the important thing now is to avoid the worst. Source:O País