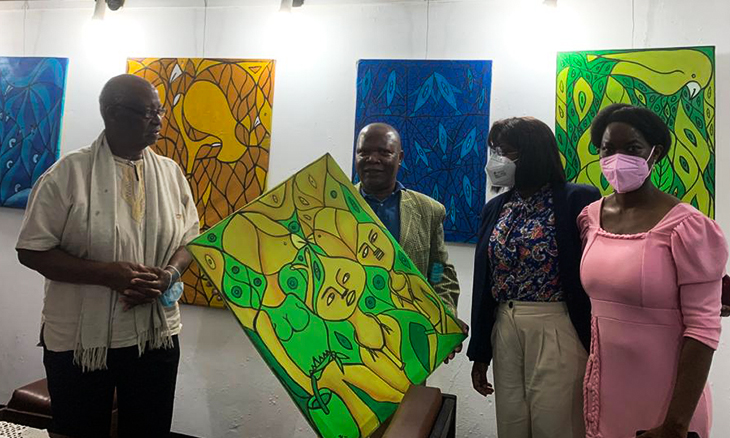 The two Angolan participants, at the first International Conference on José Craveirinha, to be held from the 24th to the 26th of May, in Maputo, witnessed a special offer by the Mozambican master of plastic arts, Noel Langa, destined for the Angolan Writers Union (UEA).According to the press release of the Mozambican Writers Association (AEMO), it is an oil painting, which portrays the daily life of Mozambican women and is considered one of the best works of Noel Langa, an artist born in Gaza and famous for his brilliant artistic career. On the occasion, according to the AEMO press release, the master Noel Langa spoke with the Angolan delegation composed of Luisíndia Caetano and Anete Caetano, who are in Maputo to take part of the first International Conference on the Centenary of the poet José Craveirinha and to present the book Os bantu in the vision of Mafrano, by Maurício Francisco Caetano, his grandfather. ticas took place during the re-edition of the work Bairro Indígena, by the writer and poet Juvenal Bucuane, and took place in the studio of the well-known master of plastic arts from Munhuana. Born in Gaza Province, Noel Langa was born in 1938 and began his artistic career in 1960.Source:O País