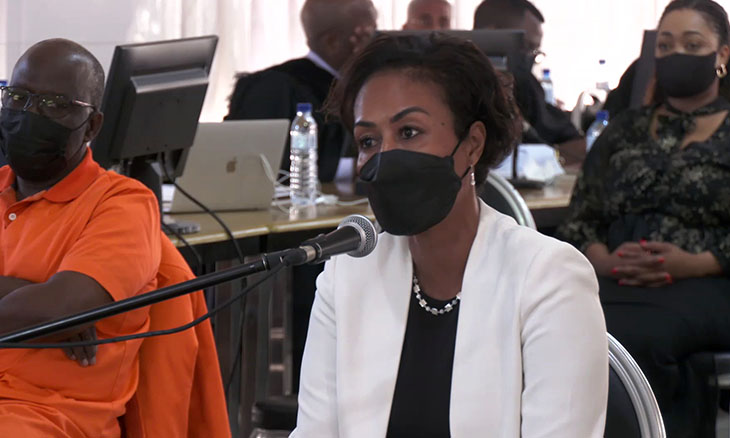 Since this Thursday morning when Neuza de Matos, on the date of the facts, advisor for Legal and Constitutional Affairs to the President of the Republic, Armando Guebuza, has been heard by the Court set up in the Maximum Security Prison, aka BO, which judges the “hidden debts case”. $150,000 more. Neuza de Matos told the Court that Renato Matusse had said that the amount came from Macmillan in payment for the copyright of his books. And she only knew it was “hidden debt” money when the investigations started. “He knew I was selling the house through a real estate agent. Coincidence or not, that’s what happened. We didn’t talk about personal matters in the Presidency of the Republic. I never thought the provenance of the value was illicit; I believed it was Macmillan’s. The deal on my part was done in good faith. If I gave my account to my colleague and money entered my account, I didn’t I could have known. I took his word for it and the important thing was that he paid the agreed amount”, he explained. de Matos exchanged messages with the defendant Renato Matusse to understand what was happening. De Matos read the correspondence in court, a fact that was later protested by the lawyer Salvador Nkamati, claiming that the correspondence was not included. the record of the case and, therefore, could be false. The Attorney Ana Sheila Marrengula asked the lawyer to show the legal provision that prevented the declarant from narrating the facts associated with the matter in the case. In turn, Nkamati alleged violation of the principle of thematic link to support his protest. However, Judge Efigénio Baptista rejected the request, justifying that the facts narrated are within the subject under discussion. Once the order was returned, the Public Prosecutor’s Office continued to interrogate the declarant. Ana Sheila Marrengula wanted to know what De Matos’ perception was when she realized that Matusse had doubled the transfers and sent more money in the amount of 150,000. Reacting to the question, the declarant said that she had two perceptions. “In 2013, my perception was that my colleague was confused, he was always running and, therefore, he did not realize the error. However, my perception changed in 2017 when I became aware that I had received funds from Privinvest and understood that my accounts had been used to launder money by my colleague and that he took advantage of my good faith and abused my trust,” he said. Source:O País