Mozambique wants to expose its agricultural potential at the UA Summit 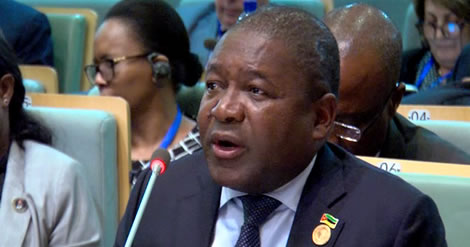 Mozambique wants to take advantage of the extraordinary summit of the African Union to expose its potential, mainly agricultural, and win investments to leverage the national industry of transformation of the raw material. The extraordinary summit, which officially starts this Friday in Niamey, Niger, could be an opportunity for Mozambique to make new partnerships for agro-processing and reduce raw exports. they participate in preparatory meetings and Rádio Moçambique knows that the Mozambican side focuses its approaches on issues of investment in agro-processing. The Mozambican delegation that will participate in the summit is headed by the Prime Minister, Adriano Maleiane, representing the President of the Republic , Filipe Nyusi. The Minister of Industry and Commerce, Silvino Moreno, said that Mozambique does not to leave that summit empty-handed. The city of Niamey is prepared to the rigor and detail to host the summit and the presence of military personnel continues to be evident in the main roads to reinforce security. From the early hours of this Thursday morning , the circulation of protocol vehicles began to be more frequent, a sign of the arrival of Heads of State and government of member countries of the African Union.(RM)Source:Rádio Moçambique Online