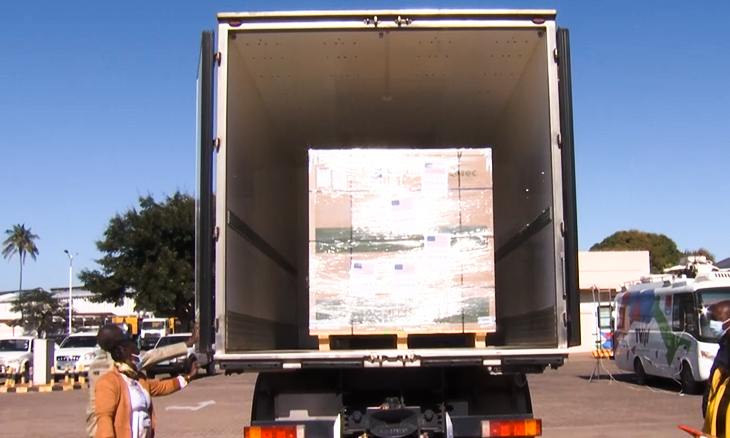 Arrived today in Mozambique 302,400 doses of the John and Jonson vaccine, as part of the Covax initiative. On the occasion, the Minister of Health, Armindo Tiago, said that the goal is to reach the vaccination of 20% of the population by the end of September. During his speech, the minister said that he evaluates the vaccination campaign positively. positive of our vaccination campaign, although since the beginning we have vaccinated less than three percent of the population. In the coming days, we want to accelerate this process to reach about 20 percent of the population by the end of September” said Armindo Tiago, who announced to soon the arrival of one million doses. For Tiago, “vaccination will contribute to reduce the pressure on the health system, reduce hospitalizations and reduce the number of deaths that are being verified”, he said, appealing to “all who will be covered by the next phase of vaccination that we will announce tomorrow, so that they massively adhere to the vaccination that we are going to provide.” The immunizers join others that the country has already received in the scope of the bil collaboration ateral that it has with other countries and cooperation partners, as well as with national business.” This is the third batch of a total of 2,064,000 doses that our country will receive through this initiative in the coming days. And, they are additional to the previous 384,000 that we received earlier this year and we still have to add the 108,000 doses received earlier this month,” he added. For his part, the ambassador of the United States of America (USA) in Mozambique, Dennis Walter Hearne said that since the beginning of the pandemic, the US has invested US$38 million to strengthen Mozambique’s resilience to COVID-19. According to the diplomat, assistance given by his country is directed towards equipment, training, among many other efforts. These are the first Johnson & Johnson vaccines that Mozambique has received.The immunizing agents, unlike other vaccines, have the particularity of being administered in a single dose.