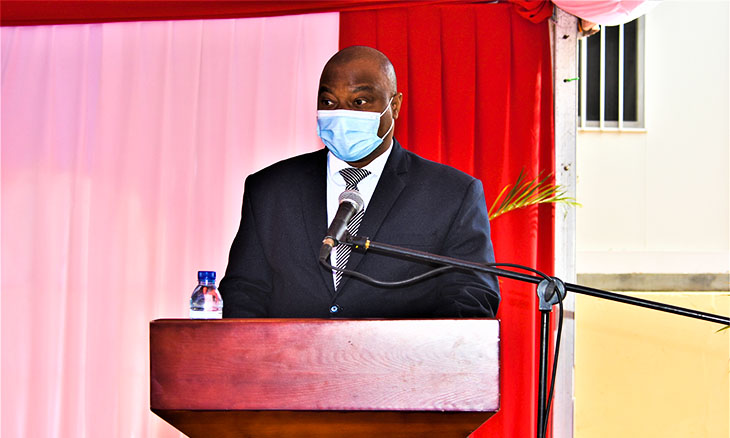 The information was provided to journalists in Zambézia by the minister of Science, Technology and Higher Education, Daniel Nivagara, who also informed that, in September this year, the country will carry out , in Gaza province, the International Conference on Scientific Research. At a time when the country is hit by the third wave of the Coronavirus pandemic, the minister of Science, Technology and Higher Education argues that this is the time for the academies, throughout the country, begin to produce knowledge about the disease, taking into account the Mozambican reality. Daniel Nivagara says that the ministry he directs has an initiative called “National Research Fund”, which has an average of eight projects, precisely, for issues inherent to COVID-19. “We have several researchers in the country who are already doing their research on COVID-19; in the case of our ministry, we have the National Fund for and Research and there are at least eight research projects related to the COVID-19 area already underway”, said the minister. Nivagara also referred that “with us, scientific research and higher education initiatives, it is time to to tell our researchers that they must find, in the situation of COVID-19, an opportunity to be an object of investigation so that, from there, we can produce knowledge, taking into account the reality of Mozambicans.” The minister informed that the National Research Fund it is already fulfilling its role, which is to finance research and scientific innovations. “Right now, researchers are on the ground doing their work, so in September of this year we will have a Conference in Gaza province. International Scientific Research, in which the results of research financed by the National Research Fund will be presented”, said the government official, without advancing, however, the funding involved in the research. work in progress. At the same time, the minister said that several researchers, individually, are developing their work to understand and analyze the impact of COVID-19 on Education and, based on that, suggest proposals on how to deal with pandemic and design strategies to balance health and the economy. Source:O País