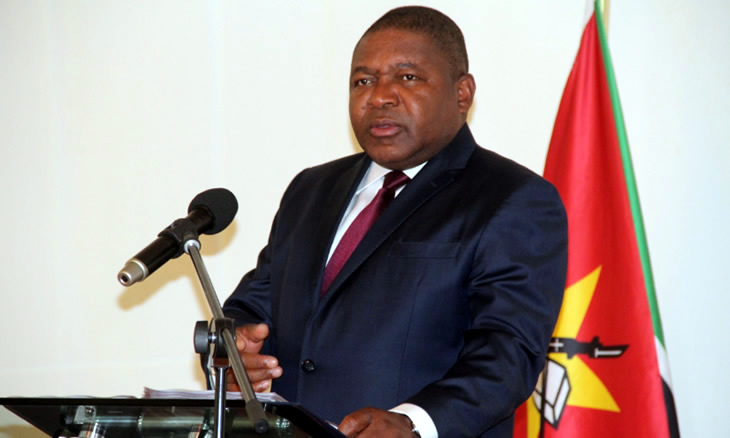 The President of the Republic, Filipe Nyusi, today launched the Review Process of the National Development Strategy (ENDE) 2015-2035. On the occasion, the Head of State said that despite the COVID-19 pandemic, weather events and terrorism in Cabo Delgado, the national economy flourished in the first two quarters of 2021. from the negative territory registered in 2020, to growth in 2021, in the first and second quarters, estimated at 0.12 percent and 1.97, respectively”, stated Filipe Nyusi. According to the President of the Republic, it is also expected that, in 2021, Mozambique achieve economic growth in the order of 1.5 percent. The Mozambican Chief Executive said that through the various catastrophic events, including cyclones Idai and Kenneth and the COVID-19 pandemic, the country had made significant gains in three sectors, namely, Education, Health and Social Protection. On Education, Nyusi said that the Government’s focus has been oriented towards improving the quality of teaching and learning, whose focus has been directed towards and expansion and equipping of infrastructures, as well as the hiring and training of more teachers to reduce the student-teacher ratio, covering more than 16 million students.”In Health, with a view to increasing the living conditions of Mozambicans, the training of professionals aims to qualify them better for the provision of quality health services”, said Nyusi, highlighting the gains in Health. In the social area, the emphasis was on improving the mobility conditions of the population, which, according to the Head of State, he has been a present concern in the Government, as he understands that this is an important social component and with a prominent role in the dynamization of productive activity. caused by weather events, associated with the terrorist attacks in Cabo Delgado and the actions of Renamo dissidents in the center of the country. “We are all reminded of cyclones Idai and Ke nneth that severely affected the central and northern regions of the country, significantly affecting the productive processes and the lives of the population, associated with military instability in the same regions, whose modus operandi is the destruction of public and private economic and social infrastructure and withdrawal of life to the population.” Source:O País