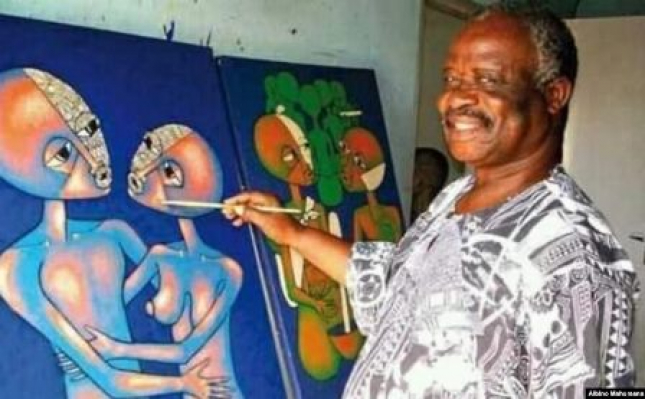 Dead this Monday in Maputo city, painter Mankew Valente Mahumane, victim of illness. Mankew, as he was known in the intricacies of art, was an excellent storyteller through canvases, and is part of a generation of artists who contributed to the consolidation of Plastic Arts in Mozambique and elevation of our cultural identity, through his dedication to life artistic, political and social of the country.For his courage and tenacity in favor of the development of arts and culture, he was awarded, in 1985, by the First President of Independent Mozambique, the Nachingwea medal and in 2014, he was also awarded the “Medal of Arts and Letters”. The President of the Republic, Filipe Nyusi, addressed, on behalf of the entire artistic class, the Mozambican people, the Government of Mozambique and myself, his most heartfelt condolences. (RM)Source:Radio Moçambique Online