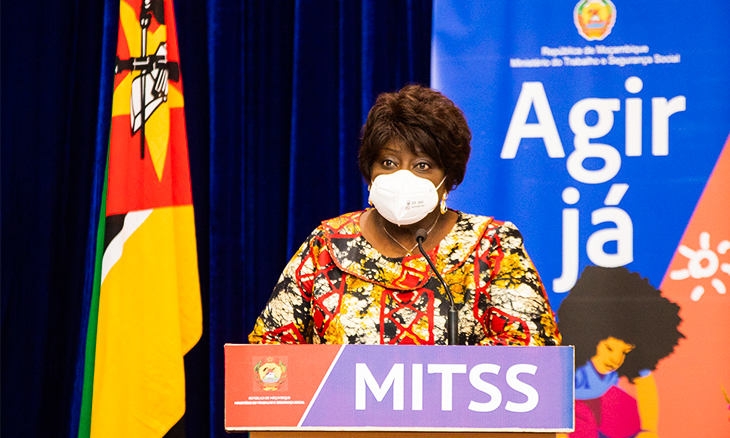 Natural disasters, terrorism in Cabo Delgado, armed attacks in the center and the COVID-19 pandemic provide access to child employment for more than one million children throughout the country, as indicated today by the First Lady of Mozambique, during the launch of the international year for the elimination of child labour, which is celebrated under the motto “Act now to end child labor”. The First Lady hopes that, with the approval of the action plan to combat the worst forms of child labour, concrete actions will be prepared to reduce the “harsh and cruel situation that many of our children experience in their daily lives”. just to reflect on the date, but to create fair and concrete actions, aimed at raising awareness in communities about the dangers of some practices associated with child labor”, he said. On a day when the world stopped to reflect on the issue of child labor, the wife of the President of the Republic used the example of Mozambique to show her concern about the phenomenon, which affects thousands in the country and more than 70 million throughout the African continent.Isaura Nyusi, shocked by the case of extreme violence perpetrated against a 17-year-old girl in Manica province urged the authorities to act severely against the perpetrators. “We must increase our cry for women victims of violence to receive the necessary assistance and for the perpetrators to be exemplarily punished. It is necessary to create synergies so that victims of violence are safe to denounce their perpetrators, who are often close people,” said Isaura Nyusi. During her speech, Isaura Nyusi reiterated the need for the involvement of communities in the processes, so that the work is complete, as it is in the communities where the “child workers leave”. Child labor affects around 168 million children worldwide, of which 72 million are from the African continent. Source:O País