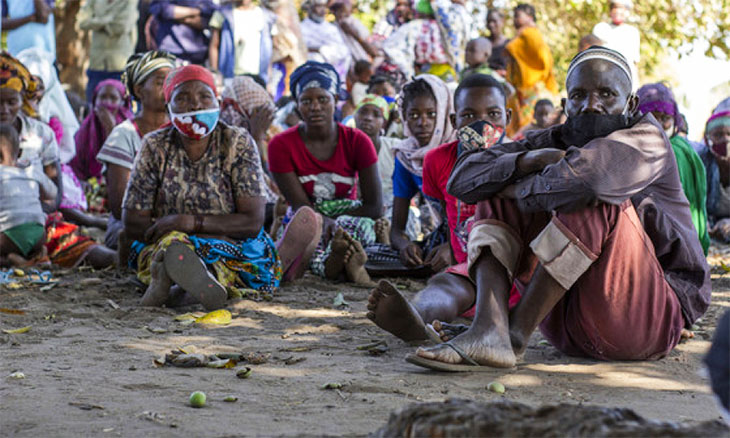 The national diplomacy says it is in contact with the Tanzanian authorities, to find better ways to protect Mozambican refugees seeking refuge in that country. The information was provided by Ambassador António Macheve, spokesperson from the Ministry of Foreign Affairs and Cooperation (MINEC), reacting to information, initially revealed by humanitarian agencies, reporting mass deportations of Mozambican displaced persons seeking protection in neighboring Tanzania. to a measure determined by decisions of the Tanzanian Government. “Tanzania has made a decision that it should not create refugee camps on the border with Mozambique. What we have agreed with Tanzania is that they will protect our citizens whenever they enter there and what they do is transport them from the Namuno border, they travel about 300 kilometers with protection, until the Negumano border, in Niassa, where the situation is safer and they are returned to the national territory”, explained the spokesman. In view of the situation, the Ministry of Foreign Affairs and Cooperation says it is looking for ways to improve the treatment. “We continue to work with the Tanzanian Government to find better ways to protect these citizens.”CASSIEN CASE The Mozambican government addressed, on Thursday, for the first time, the case of the disappearance of Rwandan journalist, Ntamuhanga Cassien, about three weeks ago , is in part uncertain.Through its spokesperson, the Ministry of Foreign Affairs and Cooperation (MINEC), said it had learned of Cassien’s disappearance, and assured that the case is under police investigation. citizen, but we, as the Ministry of Foreign Affairs and Cooperation, do not have much to say at the moment, because the case is being investigated by the Police, in this particular case, by the Criminal Investigation Service and only after the investigation is over can we , eventually, to pronounce us,” said Ambassador António Muchave, a MINEC spokesman. The authorities confirmed that Cassien is officially in Mozambique. and has refugee status assigned by the competent authorities.Source:O País