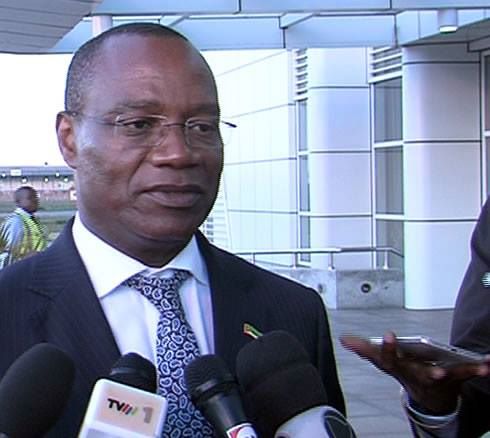 Since the owners of the Mica Group abandoned their old facilities in the area behind the Headquarters, and went to settle on Avenida Accords in Lusaka, in the Shoprite area, the Duats dealers who already were installed there do not stop suffering “severance”. The history of cases of contempt for the authorities and abuse of power, pointed out to the Mica group, is enormous, including episodes of threats of physical aggression with a weapon in hand to those who insist on resisting. And those who insist, for example, are the owners of Garagem Balas, adjacent to the surface occupied by the Mica supermarket and its warehouses. The area where the two companies are located is made up of plots of land in a perimeter that goes from Avenida Milagre Mabote, behind Shoprite (where Garagem Balas has its front facade) to the Accords of Lusaka, where two bridges were built. to allow public access to the shopping area. The bridges were erected because of the drainage ditch that runs through the Lusaka Accords. The first was an investment by Garagem Balas, still in the 1990s, before Grupo Mica obtained the concession for the area it now occupies. On both sides of the perimeter occupied by the two companies, there are now two services that the Municipal Council decided to establish as common access areas. That is, the public is entitled to transit between the Accords de Lusaka and Milagre Mabote, at any time of day, as is done in the Shoprite area. In the case of Garagem Balas, services are essential for its operations. But… but the Mica Group has been recurrently privatizing public access to utilities, putting up gates. On several occasions, the municipal authorities clarified that Mica’s claim was illegal, as these were common areas. However, the company disobeys. Systematically, and over several years, the Mica Group has been preventing the normal public movement of cars and people in these services. Its privatization endeavor is permanent, making a merchant’s ear to the Municipal Council. Last Wednesday, the Judicial Court of the City of Maputo ordered another attempt by Grupo Mica to privatize public access to be embargoed. It remains to be seen how long their disobedience to the Law will last. (M.M.) Source: Carta de Moçambique