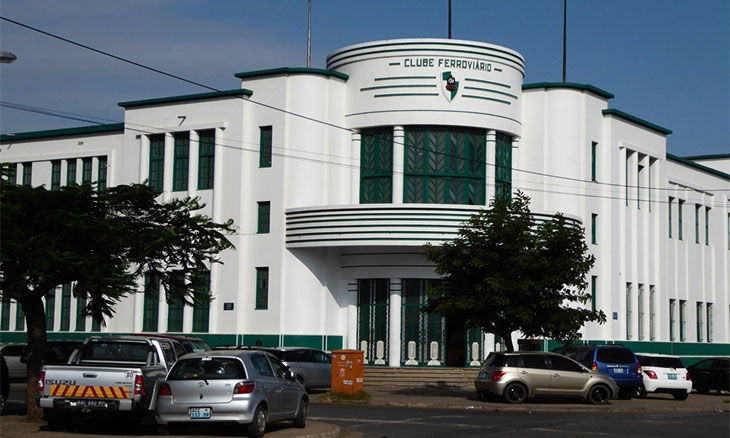 This Wednesday, Clube Ferroviário de Maputo completed 97 years of its existence, making plans for the future, at a time when it is approaching its centenary. the name of Clube Ferroviário de Moçambique-Headquarters, which encompassed all the railway workers in the country, only in 1976 became, only, Clube Ferroviário de Maputo, with the approval of decentralization and creation of provincial delegations, which began to have their own clubs With its origins in the company Caminhos de Ferro de Moçambique, and possessing an enviable sporting and social property, it has sister clubs in all provincial capitals and even in some districts or neighborhoods in the country, namely: Ferroviário das Mahotas, de Gaza (city) de Xai-Xai), from Mabalane, from Inhambane, from Gondola and from Machipanda, in the province of Manica, Beira and da Manga railway, in Sofala, de Moatize, in Tete, de Quelimane and de Mocuba, in the province of Zambézia, of Nam Pula and Nacala, in the province of Nampula, Lichinga, in Niassa and Pemba, in Cabo Delgado. boxing, karate, and roller hockey, all competing in provincial and national competitions. As far as football is concerned, the colossus of Moçambola has already won several titles, eight in the colonial era (1956, 1961, 1963, 1966, 1967, 1968, 1970, 1972) and 10 others, after independence (1982, 1989, 1996, 1997, 1999, 2002, 2005, 2008, 2009 and 2015), being therefore the most medaled, along with Costa do Sol. achievements of the Mozambique Cup, namely in 1982, 1989, 1996, 2004, 2009 and 2011. In addition to football, the “locomotives” of the country’s capital have several titles in various sports, with emphasis on Hockey on Skates, Basketball on both sexes, and Swimming, in these three sports where they were and are references in youth sport. ambicano.At the African level, he has two consecutive conquests, let’s say, in women’s basketball, as well as a participation in the final phase of the biggest men’s basketball competition for clubs, the Africa Basketball League, played this year. For the future, and before of the centenary, the Maputo Railway set as its objectives the rescue of the mystique, with the conquest of the main titles in dispute, namely in football and basketball, as well as returning to the radar of African sport in these two competitions, in addition to hockey in skates and other sports. The last achievement of the Maputo Railway in national competitions was in athletics, last September, where it won the events that took place on the Parque dos Continuadores track, in seniors and juniors, in both sexes.Source:O Parents

The Mozambican economy grows 4.37 percent in the first half of the year

The Mozambican economy grows 4.37 percent in the first half of the year