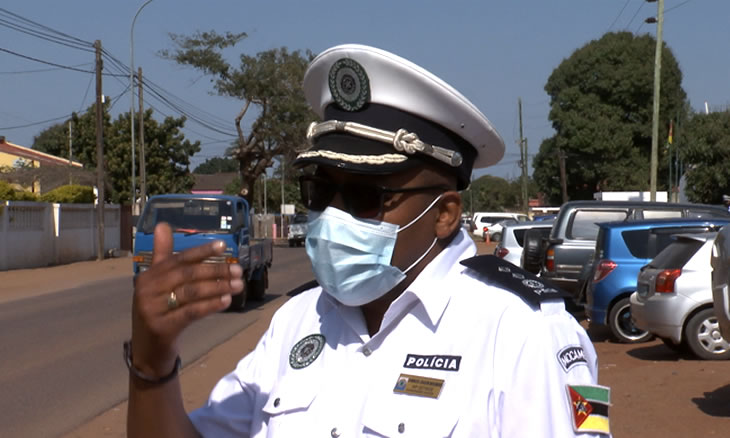 In Maputo province, there are more and more traffic accidents that result in deaths and injuries on National Roads Number 1 (EN1), 2 (EN2), 4 (EN4), as well as in the circular, especially during the curfew period, according to the authorities, who point to alcohol consumption as one of the causes. Data from the Transit Department in Maputo province point to 15 deaths, as a result of 11 traffic accidents, in August of the current year. In the same period this year, there were 13 deaths as a result of 14 road accidents, most of which occurred in the principle of mandatory collection imposed by the Government to contain the spread of COVID-19. From the data available, it is remarkable that, in the period under analysis, there was an increase in accident cases, with a slight reduction in the number of deaths. time so as not to violate the presidential decree. Domingos Mahumane, head of the Transit Department at the Maputo Provincial Command, outlines the accident scenario that has occurred in recent times. “We have seen that many accidents happen very close to the curfew, in situations where they were not likely to occur, because the traffic is dead. Many times, we have also noticed that drivers are involved in accidents against fixed obstacles due to excessive speed in unnecessary situations.” . In fact, on EN4, last weekend, there were several accidents even as the time for the start of the curfew was approaching and one of them, which occurred on Sunday, was recorded by an amateur video, causing one person to be killed and one to be injured. grave.Fenias Mazive, representative of TRAC, EN4 concessionaire, has no record of data for the current August period, as it has not yet ended, but he used July last year to demonstrate the concern that one has and that must have with road accidents. Mazive points out that, in July 2020, there were 52 road accidents that involved 88 vehicles and, for the same period this year, there were 43 accidents, Source:O País