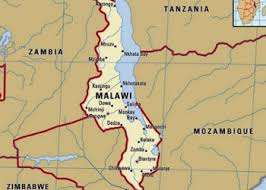 International donors unite and launch Social Protection Trust Fund to help Malawian government face the shocks of the current economic crisis. These are the World Bank and the US governments and Iceland, which for the first time in nine years, are once again channeling financial resources directly to the state budget, through the Reserve Bank of Malawi. vulnerable Malawians and invest in local communities in public works that can restore soils and watersheds. The amount will also help boost harvests and increase Malawi’s resilience to the effects of climate change and increase the income of dependent families of rain-fed agriculture. The US Ambassador to Malawi, David Young, said that the US government is It is closely monitoring the situation of food and economic security in Malawi, which is why it has committed itself to working side by side with the government of Lilongwe, to face the shocks of the current economic crisis and help it to follow the right path to becoming to make a nation self-sufficient.To that end, David Young acknowledged that this will not be an easy task but pledged that the US will develop a strong partnership and will urge the Malawian government to continue to undertake reforms that encourage diversification of the economy and encourage investment in all sectors. The head of mission at the Embassy of Iceland, Inga Dóra, said that the trust fund is a crucial instrument to support Malawi, to recover from its socio-economic challenges. Riddell explained that while this may not be the final solution to Malawi’s balance of payments challenges, it is an important buffer that will help create predictability in terms of more inflows. The finance minister of Malawi, Sosten Gwengwe, thanked the support and, above all, the trust that donors are beginning to place in the Malawian government. It was in 2013 that international donors suspended direct support to the state budget in Malawi, after a financial scandal involving high government figures who colluded with businessmen and politicians. The suspension of direct support to the state budget severely affected several sectors, as the state could not finance the deficit on its own. RM Blantyre) Source: Radio Mozambique Online

Erdogan: “It is impossible to be prepared for a disaster of this magnitude”