Malawi: Former President of the Republic of Peter Mutharika goes to the Tribunal 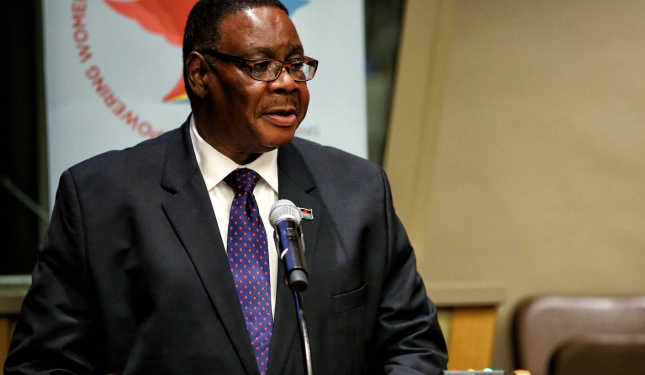 The former President of the Republic of Malawi, Peter Mutharika, will, this Tuesday, be subjected to the second interrogation, on the case of tax evasion in the purchase of eight hundred thousand bags cement in Zambia and Zimbabwe, tax-free. The interrogation will be conducted by the director of the central anti-corruption department Martha Chizuma. Peter Mutharika will be heard for the fact that his Tax Identification Number was used to import eight hundred thousand bags of cement, violating the law, as it pertains to the presidential perks.The import of cement valued at five billion kwacha, involved Mutharika’s aide-de-camp, Norman Chissale, former Director General of the Tax Authority, Roza Mbilizi, and former Secretary of State, Peter Mukhito.The three defendants. including a businessman who facilitated the scheme, are on parole after being detained by the police last year. This is the second time Peter Mutharika has appeared in court, a year after he lost the Malawi presidency to Lazarus Chakwera. Mutharika’s first interrogation took place last year and was conducted by the Malawi Police Criminal Investigation Department. Mutharika comes at a time when his bank accounts, including those of his wife, remain frozen due to the importation of eight hundred thousand bags of cement. It is known that Mutharika has already denied any involvement in this tax evasion, stating that there was no consent to the use of your Tax Identification Number to import the aforementioned quantity of cement.Peter Mutharika is the third former president of Malawi to respond in court accused of committing crimes of corruption, after Bakili Muluzi and Joice Banda, whose lawsuits have not yet been filed. outcome. ( RM Blantyre)Source:Radio Moçambique Online