Lino Mukurruza launches “A Extinction of Ash” at Beira 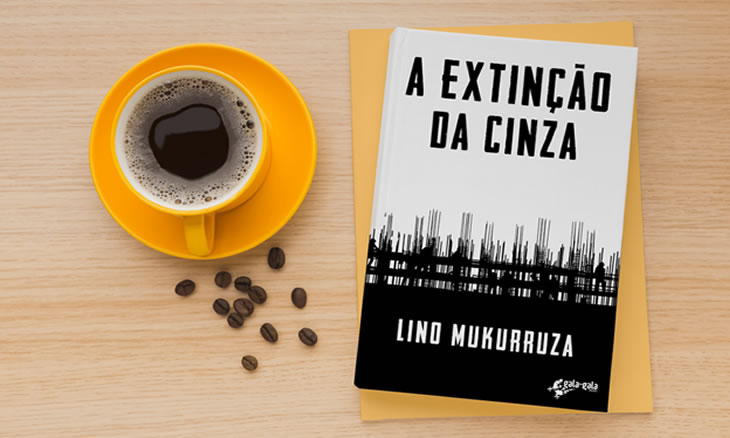 The launch of Lino Mukurruza’s book will take place tomorrow, at Centro Cultural Português – Pólo da Beira, at 6 pm. During the ceremony, the work will be presented by professor and literary critic Cristóvão Seneta.According to the gala-gala publisher, who edits the book, “In his new book of poems, the third, Lino Mukurruza introduces us to a poetic-subject conscious and mature, with a poetry that borders on the dematerialization of poetry itself, with hard and hermetic verses, perhaps, reminding us of Luís Carlos Patraquim or Paul Celan”. The extinction of ash, according to a press release from the publisher, a “‘survival manual’ in the form of volumes, four volumes, precisely, ‘The split shadow’, ‘The mourning in the extinction of the shadow’, ‘Silence in a liquid state’ and ‘Colors in the water of the face’, which make 66 Poetry of atonement, of consolation, as the first notebook announces: ‘the poet does not doubt the possibilities of mineral, opaque or phosphorescent meanings […] regrets, affirms and points out, but he never doubts or even questions’, the poet writes and Brazilian professor Ricardo Pedrosa Alves, who signs the afterword “.The extinction of ash comes out after Almas em Tácitas, published in Portugal in 2015, and is volume 5 of the Rui de Noronha Poetry Library collection. Lino Mukurruza was born on May 4, 1989, in Lichinga City. He has a degree in Portuguese Language Teaching, from the Pedagogical University of Mozambique/Niassa. He has published the poem books Vontades de parte & amp; other desires (FUNDAC, 2014) and Souls in unspoken (Lua de Ivory, 2015). He participated in the collections Clepsydra (Coisas de Ler, 2014), Vozes do hinterland (Letras de Angola, 2014), Premonições (Lua de Marfim, 2015) and Idai – brands in verse and prose (Gala-Gala Edições, 2020). in 2015, an extraordinary mention in the Prêmio Mundiale di Poesia Nosside. He is the founder of the Angoche Reading Club (CLA) and a professor at the Hamdan Bin Rashid Secondary School and at the RHDC Polytechnic Institute, in Angoche, where he resides. Source: O País

Terrorists attack government vehicle in Meluco, but no casualties