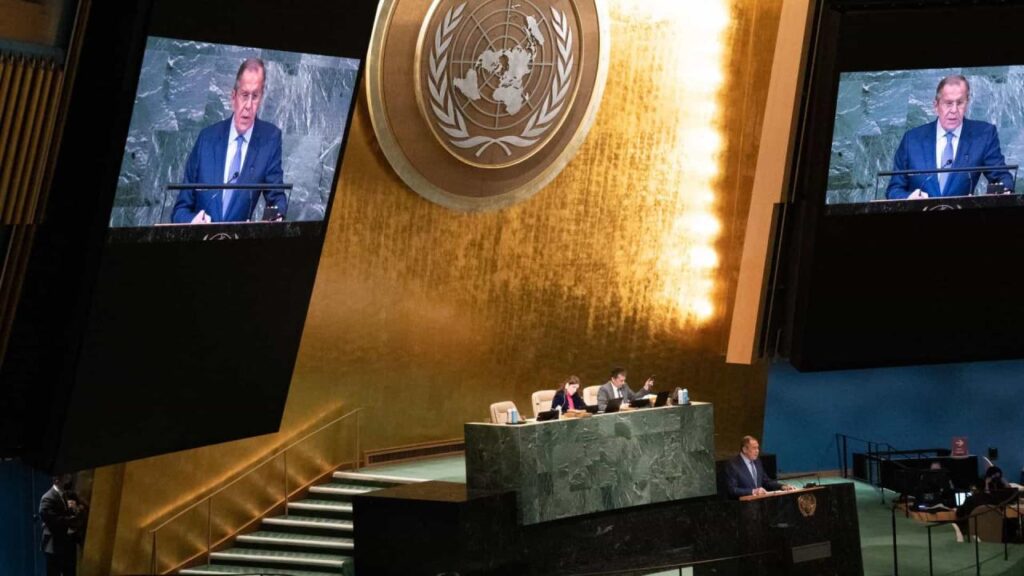 Russian Foreign Minister Sergei Lavrov this Saturday at the UN accused the West of “unprecedented Russophobia” and “grotesque”. The West is unprecedented, its dimension is grotesque”, declared Lavrov, speaking at the 77th session of the UN General Assembly. “They do not hesitate to declare their intention not only to inflict a military defeat on our country, but also to destroy Russia”, he said, defending the “referendums” of annexation underway in various regions of Ukraine and directly attacking the United States.”By declaring its victory in the cold war, Washington considers itself almost an envoy of God on Earth, without any duty, but with the sacred right to act with impunity anywhere and at any time”, declared Lavrov. take place in four Ukrainian regions under full or partial control of the budgets, considering that the populations recover “the land where their ancestors lived for hundreds of years”.Ukraine and the international community do not recognize the legitimacy of the consultations.In 2014, Russia used an identical referendum to legitimize the annexation of the Crimea, after having invaded and occupied this Ukrainian peninsula located on the northern coast of the Black Sea. At the same time, a separatist war broke out in the Donetsk and Lugansk regions with the support of Moscow. Russian President Vladimir Putin recognized the self-proclaimed republics people in Donetsk and Lugansk days before ordering the invasion of Ukraine on 24 February this year. (RM /NMinuto)Source:Rádio Moçambique Online