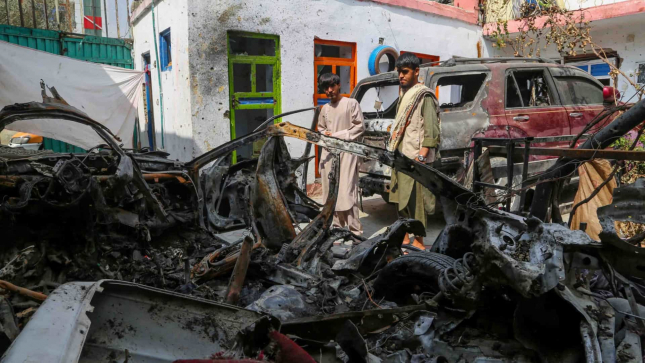 Terrorist group Islamic State (EI) claimed seven attacks with explosive devices that, between Saturday and Sunday, killed, according to the ‘jihadist’ organization, at least 15 Taliban in the city of Jalalabad , in eastern Afghanistan.According to a statement by the radicals’ information agency, Amaq, released through its propaganda channels, in addition to those killed, 20 Taliban were wounded in the seven attacks carried out with explosive devices. This Sunday took place in the fifth district of the eastern Afghan locality of Jalalabad, where an explosive device exploded against a vehicle, killing three Taliban and injuring two others. Taliban sources had previously informed Spanish agency Efe that at least four people had died, between which two members of the radical Islamist group, in a bomb attack on one of their vehicles in Jalalabad. Afghan victim explosions occur, unprecedented since the Taliban took control of the country and after the final withdrawal of US and allied troops on Aug. 31. On Saturday, also in Jalalabad, two Taliban died and 16 were injured in another bombing, an action that also injured three civilians, according to the radical Islamist group. settled in the country in 2015, and in recent years there have been numerous clashes there between its fighters, the Taliban, and Afghan and foreign troops. It is now the main threat to the Taliban, as it has the capacity to carry out attacks such as the one on 26 August at the airport in Kabul, which claimed at least 170 deaths. (RM /NMinuto)Source:Rádio Moçambique Online