“HIV and AIDS continues to leave thousands of orphaned and vulnerable children in our country”, considers Isaura Nyusi 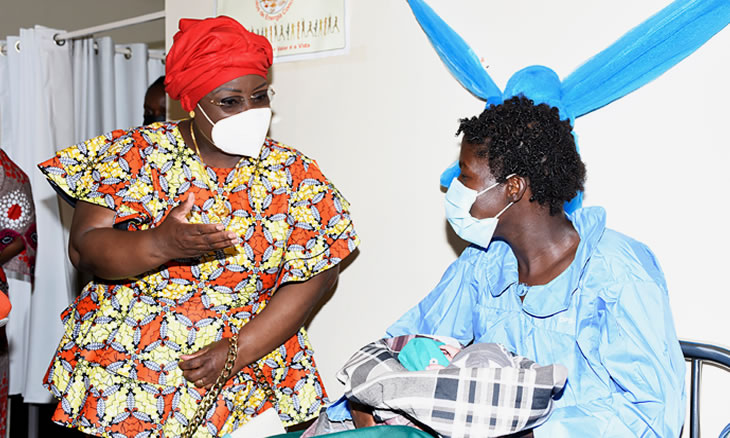 According to the wife of the President of the Republic, the World Day to Fight AIDS, celebrated since 1988, comes to reinforce compassion, understanding, empathy and solidarity with people infected and affected by the epidemic. This year, the anniversary is commemorated under the motto “End inequalities”. Ending AIDS. Ending pandemics”. “This motto refers to the urgent importance of ending inequalities. We are talking, for example, about children’s access to health services, access to antiretroviral treatment, access to the prevention of mother-to-child transmission service, among others. By ending inequalities, we will be taking significant steps to end AIDS. For that, we need to be bold to defeat not only AIDS, but also COVID-19″, said the First Lady.For Isaura Nyusi, December 1st is celebrated at a time when the HIV and AIDS epidemic continues to constituting one of the most outstanding public health challenges in Mozambique. Estimates for 2020 indicate a reduction in the number of new HIV infections from one hundred and fifty thousand (150,000) in 2010 to ninety-eight thousand (98,000) in 2020. AIDS-related deaths also dropped significantly from sixty-five thousand (65,000) in 2010 to thirty-eight thousand (38,000) in 2020. The number of people living with HIV is about two million and one hundred thousand (2,100. 000), of which one hundred and thirty thousand (130,000) are children under the age of 15. Adolescent girls and young women contribute a large number of new HIV infections, which accounted for twenty eight thousand (28,000) new HIV infections, in a universe of ninety-eight thousand ( 98,000) new infections in Mozambique, which corresponds to 29 percent (twenty-nine percent) of all new infections, making it clear that it is necessary to carry out actions with greater impact that will contribute to the reduction of new infections within this group.”Face In this scenario, we would like to express our full solidarity with all children, adolescents, young women and adults living with HIV, as well as our willingness to continue to give all the support necessary to mitigate the impacts. We also urge all living forces in society to fight inequalities in order to end HIV as a threat to public health by 2030”, concluded Isaura Nyusi, who advocates continued actions for the Elimination of Transmission HIV vertical, as well as to ensure that children exposed to HIV are diagnosed and started on antiretroviral treatment as soon as possible and to always keep women of normal age. drug with an undetectable viral load and increase biomedical interventions for primary HIV prevention.Source:O País