Government mobilizes US$1.8 billion to provide water to 4 million people 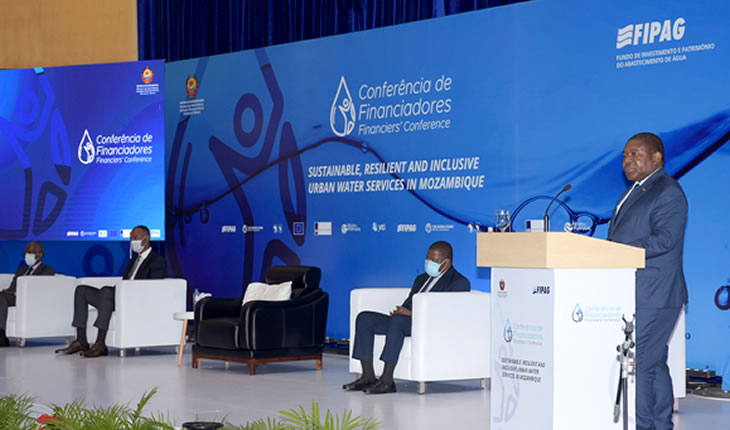 The President of the Republic, Filipe Nyusi, launched today, in Maputo, a program to mobilize around US$1.8 billion to finance the expansion of water supply systems in urban areas in the country, with the prospect of bringing drinking water to another four million people in the next 10 years. , equally, be resilient to the effects of climate change. The launch of the program comes at a time when only 67 percent of Mozambicans have access to drinking water, a figure that was only reached in the last six years when investment in these systems allowed more than four million people to have water throughout the country. the Government launched the “Water for Life II” program, budgeted at more than US$58 million, with the aim of consolidating the gains made with the first phase of the program that managed to bring water to more than 1.5 million people, mainly in the zones rural areas of the country, as well as expanding access to the precious liquid to more people. On the occasion, Filipe Nyusi recalled that the Government recently decided to create four public companies for the management of water supply systems, divided into different regions of the country, which they should ensure the systems’ full functioning, as well as their expansion beyond introducing sustainable commercial management of the systems. On the other hand, it welcomes the experiences of private management of some systems built by the Government, which are allowing a correct use and accountability. investment made and maintenance of the system cannot deprive disadvantaged people of access to water, so a balance must always be found. During the ceremony, the World Bank guaranteed the Government that it will continue to invest in improvement and expansion of the country’s water supply and sanitation systems, with funding in the order of just over US$500 million for the next few years. The Kingdom of the Netherlands, the African Development Bank and the Portuguese Republic also reaffirmed their interest in continuing to support Mozambique in improving the availability of drinking water to Mozambicans. Source:O País