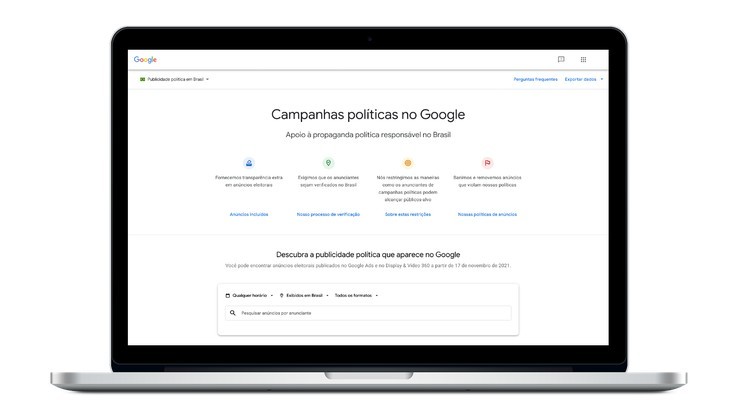 Political Ads Transparency Report gathers ads that mention political parties and candidates for federal-level positions, and was one of the commitments provided for in the company’s agreement with the TSE . Political Ads Transparency Report page created by Google Disclosure/Google Google released this Thursday (23) in Brazil a tool that shows the names of those who pay for political advertising on its platforms, such as YouTube, and on partner sites that use the AdSense advertising system. The Political Ads Transparency Report, as it is called, presents all ads that mention political parties and candidates for federal level positions in Brazil – it can be accessed at this link. Share this news on WhatsApp Share this news on Telegram The page was one of the commitments foreseen by Google in an agreement signed in February with the Superior Electoral Court (TSE) to combat misinformation about elections on the internet. It will be constantly updated and currently contains over 1,500 political ads created since November 2021, when Google changed its rules on political content. Since then, anyone interested in running this type of ad on the company’s services has to go through a verification process. In the report, you can search for political ads by author (party or candidate, for example), state in which they were shown, number of views, approximate amount paid and format (text, graphic or video). When an ad page is opened, the tool displays the content of the campaign and informs the period in which it was run, the amount invested by it and what was the targeting, that is, to which audience it was intended. Brazil became the ninth country to receive the Google Political Ads report – it is also available in Australia, the US, India, Israel, New Zealand, the UK and Taiwan. Globo Tecnologia