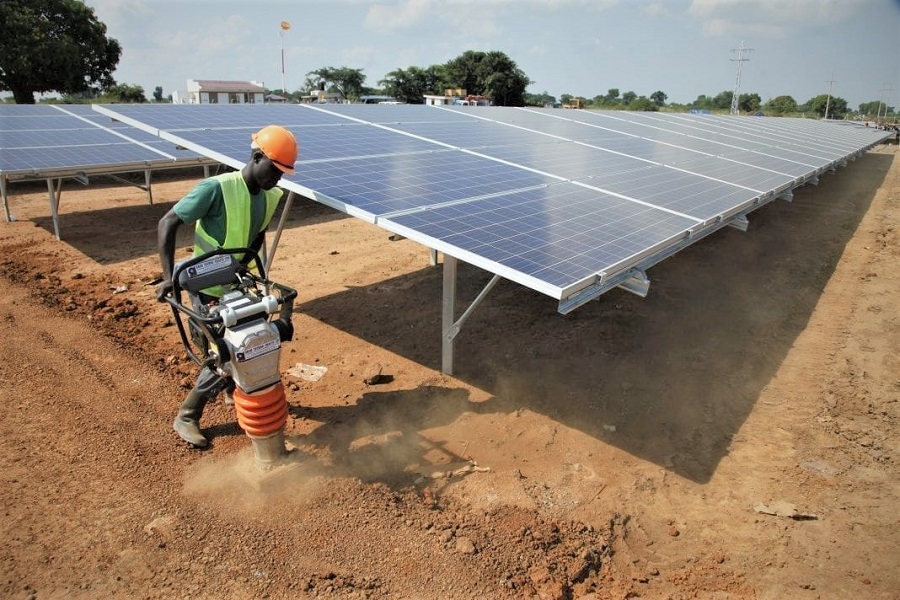 The Energy Fund (FUNAE) inaugurates tomorrow (Friday) two photovoltaic plants built in the administrative posts of Chintholo and Chipera, in the districts of Cahora Bassa and Marávia, respectively, in the province of Tete, in the framework electrification of areas outside the public grid in the country. FUNAE explains in a statement, quoted by AIM, that the two solar power plants are budgeted at just over 160 million meticais, financed by the State Budget. 200 consumers are connected to each mini-network, including administrative posts, schools, health centres, residences and commercial enterprises”, reads the document. The note also mentions that in Chintholo, where the network has an 7.5 kilometres, 100 public lighting lamps were also installed, of which 35 are connected to the grid and 65 are autonomous solar lamps. In Chipera, FUNAE placed 82 lamps, 32 of which connected to the grid and the remainder from solar autonomy.” grid). From the perspective of FUNAE, the adoption of this model aims to accelerate the fulfillment of the commitments assumed by the institution, within the framework of universal access to energy by 2030″, adds the document.Read more…Source:Jornal Notícias