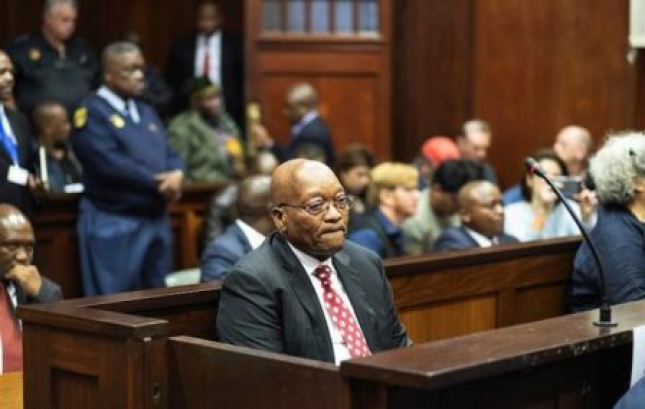 The constitutional court of South Africa today sentenced former President Jacob Zuma to 15 months in prison, for disrespecting justice. Since the creation, in 2018, of the commission in charge of investigating widespread corruption, during his nine years in power, Jacob Zuma, implicated by around 40 testimonies, has multiplied maneuvers to avoid having to explain himself, accumulating resources or asserting his right to silence.Jacob Zuma has repeatedly refused to testify before the commission investigating major corruption in South Africa, despite having been notified to do so.Only once was Jacob Zuma on the commission of inquiry, having abandoned the room without authorization. A few weeks later, in a rather unusual request, the South African judiciary asked the former president to determine for himself “the appropriate punishment” before Tuesday’s hearing. Jacob Zuma, 79 years old , only testified once before the anti-corruption commission, in July 2019. He slammed the door quickly, taking offense at being treated as “an accused”. Involved in scandals, he had been forced to resign in 2018 He was replaced by the current President, Cyril Ramaphosa, who made the fight against corruption a workhorse, but was himself called to testify before the commission. (RM)Source:Radio Moçambique Online