Federations of Mozambique and Morocco together for the development of football 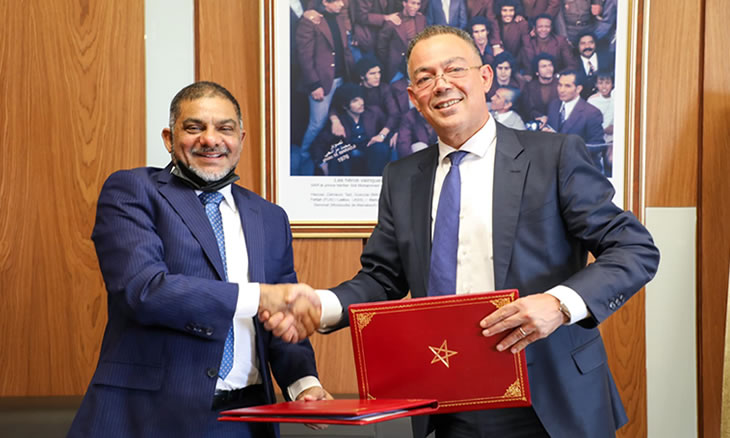 The Mozambican Football Federation and its counterpart in Morocco signed today a cooperation protocol that aims to develop football in both countries through various actions.Signed by the respective presidents, namely , Feizal Sidat, from the Mozambican Football Federation, and Foiuzi Lekjaa, from the Moroccan Football Federation, the protocol will be based on five perspectives. The training of technical and administrative staff, as well as referees, through exchange programs and the development of programs of sporting events and training workshops are the main focuses of this protocol. Furthermore, the two federations intend to organize friendly games with each other, as a way of giving their athletes a run for the commitments they will have ahead of them, as well as promoting the development of football youth, thinking about the future of the two countries.Finally, it is based on this cooperation protocol tion support in football infrastructures. Mozambique wants to take advantage of the fact that Morocco has enviable infrastructures in the world of football, which is why many teams, which cannot play in their respective countries, choose that Maghreb country to boost their infrastructure. ties of friendship and great esteem, I presented to the President of the FRMF, Fouzi Lekjaa, the project of the ‘National Technical Center of the FMF’ and requested, on behalf of the FMF, specific support for the project of implantation of the same”, wrote Feizal Sidat in his social networks page. Through this project, it was agreed that the two leaders and their respective federations would once again hold an official meeting, in Morocco, to define the terms of support. This meeting between Feizal Sidat and Fouzi Lekjaa took place today, within the scope of the participation of the president of the Mozambican Football Federation in the General Assembly of the African Football Confederation, which took place in Rabat, Morocco. In addition to the meeting with the president of Feder In Moroccan Football action, Feizal Sidat held meetings with other African leaders, to guarantee a safe organization of the African Futsal Nations Cup, which the country will host in 2024.Source:O País