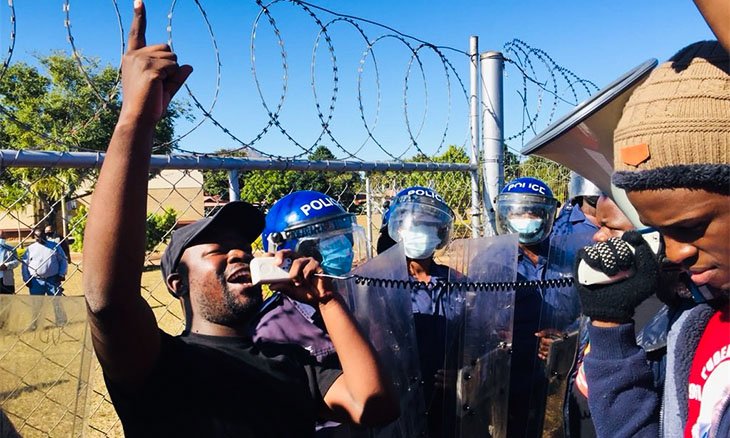 The army and police forces have been sent to schools in eSwatini, where for weeks students have been protesting to demand political reform. Students have been boycotting classes and holding low-key protests for the past month. According to Aljazeera, students are mainly protesting over the release of two lawmakers imprisoned during pro-democracy protests earlier this year and as a way to demand better living conditions. free learning and education.According to statements by Lucky Lukhele, spokesman for the Swaziland Pro-Democracy Solidarity Network, the southern African country’s army was deployed “to intimidate, but this did not deter the students.” The source, according to Aljazeera , said 17 students, including a seven-year-old, were arrested during Monday’s protests. The Swaziland Communist Party said at least 10 protesters had been arrested, with one student shot in the leg. . This “does not mean there is war, but only assistance to other forces to maintain order,” he said. Civil society and opposition groups protested in the main cities of Manzini and Mbabane in June, looting shops and properties, some of which belonged to to King Mswati III. At least 27 people died as police clashed with protesters in some of the worst riots in the country’s history.