Detentions in South Africa rise to more than 3,400 after riots 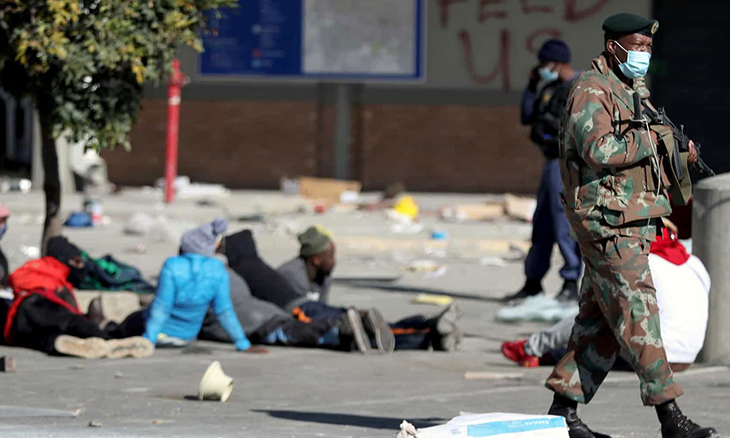 The number of arrests in South Africa has risen to 3,407, following recent riots and looting that killed 212 people, the National Structure of Operations and Information (NatJOINTS).”As of Sunday morning, a total of 3,407 suspects had been arrested on various charges since the start of the violence (…), one of the indicted persons had been released on bail and 1,122 had to appear in different the courts of the two most affected provinces. The remaining processes are under investigation,” NatJOINTS said in a statement quoted by Notícias ao Minuto. During the operations this weekend, 14 suspects were in possession of assets looted during riots such as televisions, computers, furniture and clothing were stopped in Gauteng province and another 92 in KwaZulu-Natal. South African President Cyril Ramaphosa thanked the millions yesterday of people who refused to participate in the destruction of “lives, livelihoods and property” during the riots that took place about a week ago.