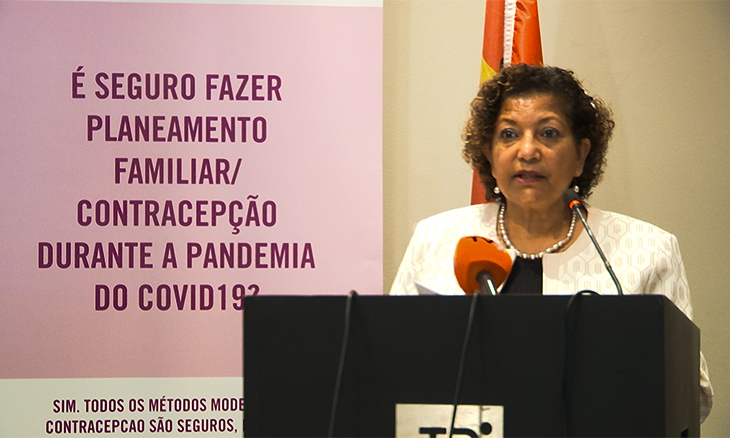 Demand for family planning services in the country has declined in recent months, due to the pandemic of COVID-19, the Ministry of Health said on Tuesday. from the Family Planning Program, Alda Mahumana, indicate that the country had been evolving in relation to the demand for these services from 2011 to 2019. In 2011, demand was around 11 percent and in 2015, 23.3 percent. “In terms of numbers, we can advance that, during 2019, we had 42 percent coverage compared to family planning and, in 2020, the data show that we had a decrease to 32 percent as a result of the COVID-19 pandemic,” said Mahumana. However, in the first months of this year, the data shows an improvement to 41 percent. “Unfortunately, at the moment, we are in the process of preparing another demographic health survey, which could show us what the advances of 2015 are. here, “he said. The reduction in numbers, due to the pandemic, delayed the Government’s plans to ensure that the girl has the possibility to choose her sexual and reproductive health, which is a concern, according to the deputy minister of Health. , Lídia Cardoso, who, at the time, recalled that the data from the 2015 Malaria and HIV/SIDA Survey (IMASIDA-2015) indicate that one in two girls in the country, between the ages of 15 and 24, is pregnant or I am already pregnant These data also point out that often pregnancy does not occur as desired, as one in two of these girls, in the same age group, dies from complications during pregnancy, childbirth or abortion. also, that the number of children per woman remains high and the data indicates that, on average, a woman has at least five children. “These data show that the situation of women and children in our country needs attention from all of us to reverse the scenario, it is known that the unwanted and premature pregnancies that, in some cases, culminate in abortions, can be prevented if there is awareness about the importance of family planning and the availability of the different contraceptive methods, existing in our health units “, pointed out Cardoso. that the Government spends annually on the acquisition of planning methods, the Deputy Minister of Health said that the bill is costly, hence the need for rational management. The sources spoke during the opening of the II Technical Meeting on Family Planning, which takes place in the city of Maputo, for four days, with the aim of assessing the sector’s performance and challenges.