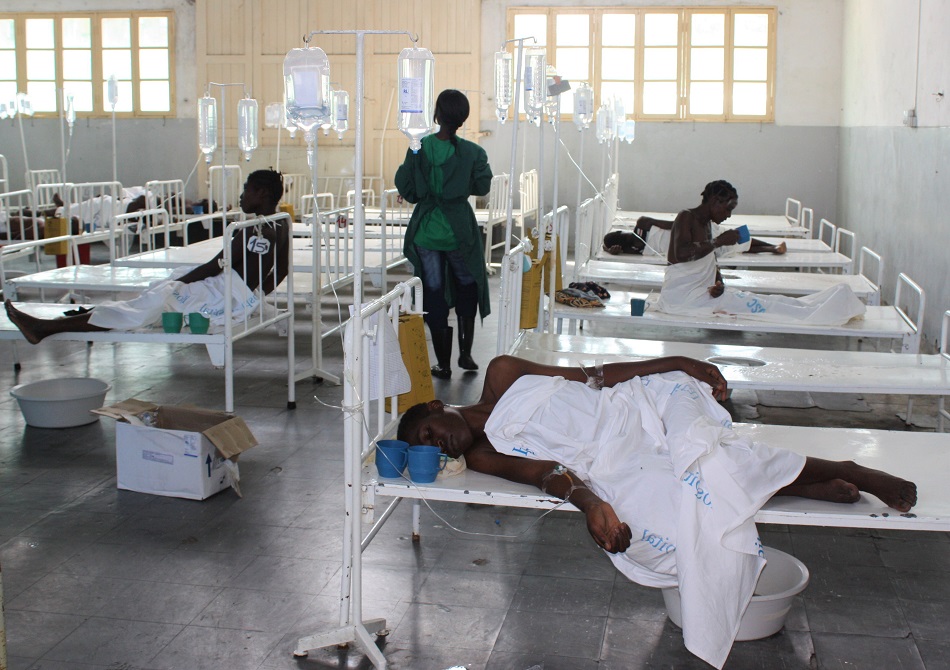 TWO people have just lost their lives and another ten are under medical care at the Diarrheal Disease Treatment Center in the administrative post of Cóbuè, Lago district, in Niassa. The center was opened to care for patients with cholera, which broke out a few days ago at this point in Niassa province. Narciso Rondinho, provincial chief physician in Niassa, told “Notícias” that the deaths are a child and a male adult, both transferred from the village of Ngofi to Cóbuè, with acute diarrhea, accompanied by vomiting, a fact confirmed later by the health authorities as cholera. Rondinho added that the health status of hospitalized patients is progressing satisfactorily and that the cholera outbreak is stabilizing. The source also indicated that at the beginning of the outbreak, about 70 people were hospitalized, 63 of whom were discharged after receiving proper treatment.Read more…Source:Jornal Notícias