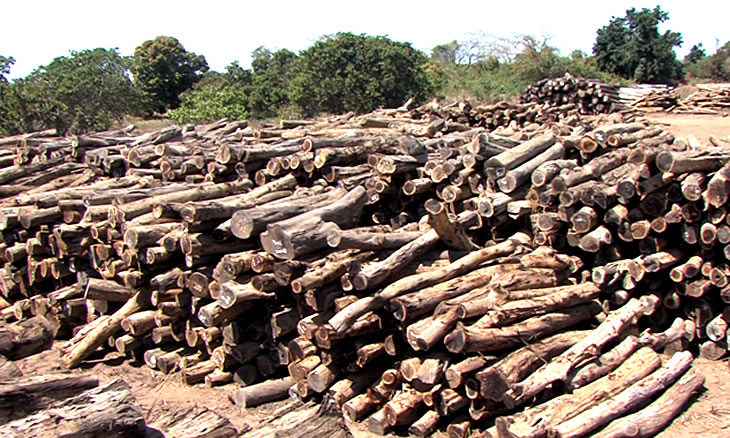 A company of Chinese citizens and engaged in the purchase and sale of wood for over two years in Sofala is accused of promoting illegal logging when buying in large stores quantities of furtive loggers for export to China.The Chinese-owned CAM International Limitada, dedicated to the purchase and sale of wood, has been operating in the districts of Chibabava and Caia, Sofala province, for about two years, is accused by the local communities of promoting illegal logging in the interior of Sofala and Manica. The firm has three wooden shipyards, two in Chibabava and one in Caia. company, the communities told journalists that the modus operandi consists of buying wood in remote regions, which is cut by furtive forestry operators and, through trucks, mobilized s by the aforementioned company, the product is transported to the shipyards, where it is processed, transported to the city of Beira and, subsequently, exported abroad, especially to Asia. One of the shipyards of the aforementioned company is located in Muxúnguè, to where our reporting team and other media went last Monday, to assess the veracity of the complaint by the communities that complain about the plundering of wood by the company in question. to make statements to the press, nor to prove the legality of the activity, having requested, by telephone, the presence of the manager. company’s shipyard. In response to the insistence of journalists, the company manager accused of connection with furtive loggers presented several documents related to the fir ma, but none of them indicated authorization to buy and sell wood. One of the documents presented authorizes the wholesale trade of raw wood and derived products, in the city of Beira and not in Muxúnguè. In yet another insistence of the journalists, the manager he tried to speak on the phone with another manager who was in the city of Beira, who allegedly had traveled with the authorization documents for the purchase and sale of wood. denied that the wood was purchased from stealth operators. However, he was busy and would not be in a position to present the documents. On the subject, the Provincial Agricultural Services and the National Agency for Environmental Quality Control guaranteed that they will comment on this Thursday. Source:O País