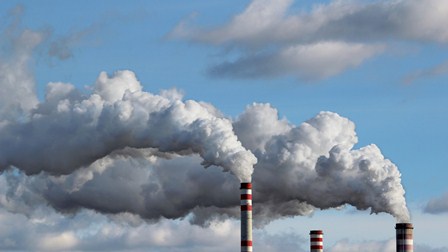 Air pollution caused the death of at least 238,000 people in the European Union (EU) in 2020, more than the previous year, according to a report by the European Environment Agency (EEA), released this Thursday.”Exposure to concentrations of fine particles, above the recommendations of the World Health Organization, caused 238,000 premature deaths”, indicated the EEA in a report. In 2019, there were 231,000 deaths caused by these particles. As he pointed out, this increase is justified by the fact that covid-19 has hit people with lung diseases, cancer or type 2 diabetes more aggressively. the same analysis, although the figure is “significant”, between 2005 and 2020, there was a 45% decrease in the number of deaths. The EEA also detailed that, between 2019 and 2020, the number of premature deaths due air pollution has increased considering PM2 fine particles, 5, but fell back on nitrogen dioxide and ozone.According to the agency, the EU is on track to achieve its target of reducing the number of premature deaths due to air pollution by 50% by 2030, comparing with 2005. (RM-NM)Source:Rádio Moçambique Online