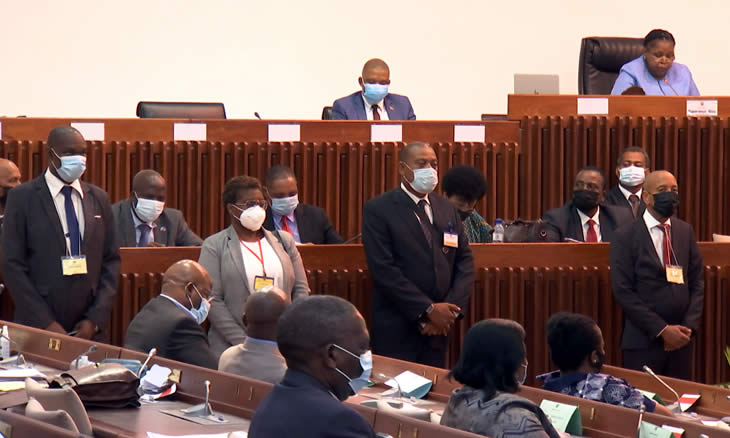 The Assembly of the Republic (AR) is concerned about the drama in which displaced people live in the resettlement centers opened in Cabo Delgado, where thousands of families are living suffering due to the Government’s weak capacity to provide the desired humanitarian assistance. The concern was raised by the Committee on Planning and Budget, after the visit made to two districts of the province that host the survivors of the terrorist attacks. “We visited the districts of Metuge and Chiúre and we found that the IDPs continue to face great difficulties, despite the assistance provided by the Government and humanitarian organizations, revealed Abdul Issufo, spokesman for the Planning and Budget Committee of the AR, without specifying the findings raised on the ground. minimize the suffering of victims of terrorism, the Assembly of the Republic calls on the Government to allocate funds to the p. province of Cabo Delgado and increase the budget of the districts that receive the IDPs. “The Government of Cabo Delgado Province needs an increase in its budget to improve humanitarian assistance to the displaced and start rebuilding infrastructure in the already liberated areas, in order to ensure that the population returns to its origins, where they can no longer depend on help, as they do today”, proposed Abdul Issufo. Food, clothing, housing, drinking water, healthcare and education are the seven basic needs of the survivors of terrorist attacks, who live in safe areas in Cabo Delgado province. Source:O País