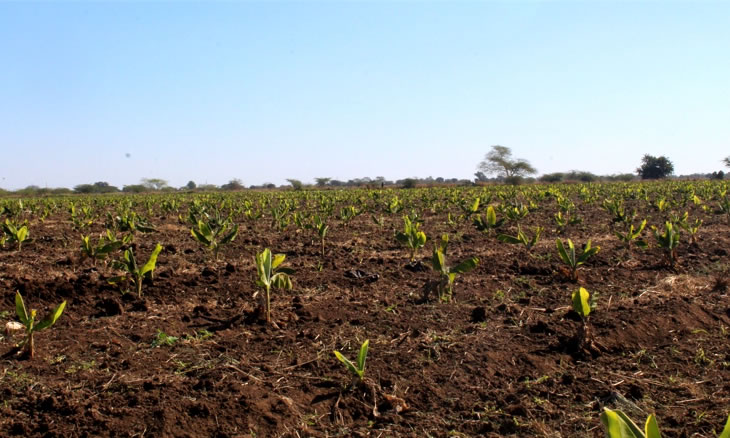 About USD 16.5 million is available to finance agricultural projects throughout the country. The funds are from the United States Agency for International Development (USAID), which will be managed by Absa Bank Mozambique. The weak financing of agricultural projects in the country remains one of the main constraints for the development of the value chain and was under this note that the American Government and the financial institution signed, this Tuesday, an agreement for the financing in question. In total, there are about 30 projects that may be covered over the next six years. These projects must have the capacity to produce to respond to the country’s internal needs. By the way, the director of Corporate and Investment Banking at Absa Bank Moçambique believes that the credit lines to be channeled in the value chain may increase production and productivity of food, which in turn will make it possible to reduce, for example, the import of food. significantly”, said Bernardo Aparício.According to Aparício, the new line of financing also has the particularity of prioritizing agricultural projects managed by women, within the scope of their development program at a socioeconomic level. criteria such as the design of viable projects capable of developing the sector, especially those that that may contribute to the reduction of imports of products and that involve various actors in the value chain. “We know that the agricultural sector represents 23 percent of the country’s Gross Domestic Product (GDP), and a large part of the workforce and in each of these projects, there are at least 300 or 500 people involved. So the impact is greater,” he said. USAID director Helen Pataki stated that the fund should be able to generate more jobs in rural areas and that the products to be generated can be exported for the benefit of the local economy. she also focused her speech more on the financial empowerment of women. “We would like to emphasize our joint concern to increasingly involve rural women and women entrepreneurs in accessing credit, but also to give them more opportunity to participate in activities productive and income-generating”, stressed Helen Pataki. The initiative has a duration of six years and the amounts to be disbursed vary between USD 50 thousand and USD 3 million. Source:O País