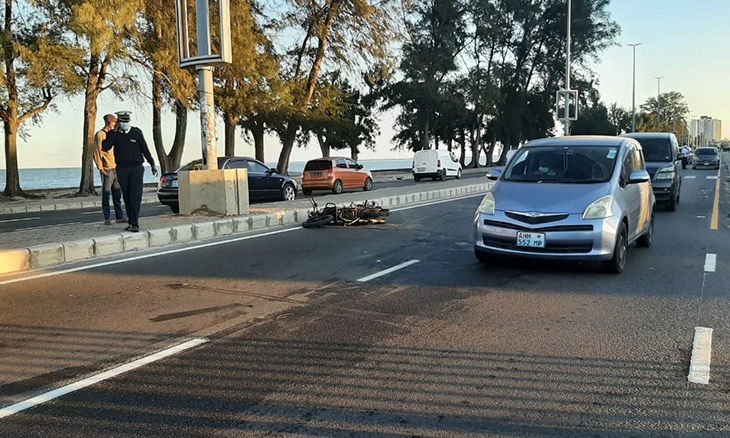 A serious injury is the result of a road accident involving a light vehicle and a motorbike. The accident occurred on the Maputo ring road, specifically in the Costa do Sol area. the driver of the damaged vehicle, the accident was sudden, having no room to maneuver to avoid a collision with the motorcyclist, who cut his priority when leaving a supermarket. lower limbs and was promptly rescued and taken to hospital. The police were there to unblock the lane where the traffic was partially affected. The police say that the accident was caused by a priority cut.